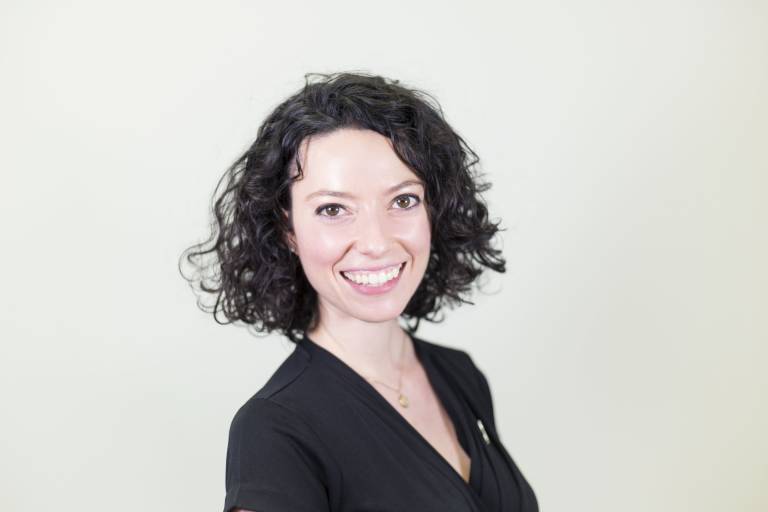 I want every alum to know that there's this community who wants to see you succeed, and we're in your corner!"

When you relocate, it’s reassuring to discover a community of vibrant, interesting people who already have something in common with you. That’s the feeling that Diana Copeland (MA Publishing 2010) is cultivating with the UCL Washington DC Alumni Group.

From the USA to UCL

Originally from Miami, Diana was inspired to study abroad when her brother took his undergraduate degree in London. “I was set on New York, but I went to visit him and it broadened my horizons,” she says. “I was looking at my MA options and UCL really felt like a dream that could be realised. Everything I learned about UCL and education in England just spoke to me.”

Diana remembers her time at UCL fondly. She was particularly pleased with the career development she received while studying. “There was a huge chunk of my time spent in the industry, so I had more experience when I entered the job market,” she says.

After graduating, Diana spent a year working in publishing in London before embarking on various career adventures, from teaching English in Japan to working at TV network HBO in Los Angeles. And it was in LA that she also discovered the UCL Alumni Network. She says: “I’d made the decision to move to DC and change my career path again, and I found the LA Alumni Group on Facebook a month before I was due to leave!

“I went to an event they were running at a winery in Malibu, and it was incredible – a beautiful day, with a live band, and just such an easy way to meet people. I really wished I'd gone when I'd first moved to LA!”

When Diana landed in Washington DC in 2017 and began her role as Associate Manager in Advocacy & Communications at White Ribbon Alliance, she made it a priority to join her local UCL alumni group – and since 2020 she’s co-led it.

From historic walking tours of the city to networking events with speakers that attract alumni of all ages and from a wide variety of professional areas, Diana’s energy has helped forge a thriving community. At the height of the pandemic, the group’s virtual events played an important part in keeping everyone connected – with Diana herself hosting a UCL Great British Quiz and co-hosting the ‘North America: Holiday Networking’ event with other group volunteer leads from Toronto, Boston, and New York. The first in-person event at VUE Rooftop on 1 June hosted 35 attendees, with eight volunteers meeting up to kick off the planning activity.

Diana says: “I've really enjoyed seeing how the group has flexed and grown in the past couple of years. It’s exciting to see what's possible, how you can make things happen, and have a lot of fun doing it too.

“The Alumni Relations team has helped to expand our network, secured funding and linked us to incredible professors to speak at our events. There's been so much great outreach from them and they’ve given us the ability to reach more people than we could have alone.”

Along with the group, Diana has also given her time to the next generation of UCL graduates at Coffee Connect – UCL’s virtual catch-ups where students and alumni around the globe are randomly matched. “I connected with someone who wasn't in my world at all and it was wonderful,” says Diana.

Due to the nature of her work at the White Ribbon Alliance, Diana has supported UCL staff with messaging for the UCL Coronavirus Response Fund. She also contributed to a short review on UCL’s capacity and priorities across philanthropy and alumni departments. “Since I work in the nonprofit world, I thought it was something I could contribute and maybe share some of what I do for a living back with UCL,” says Diana. “It was easy to do and I also like having a way to think beyond the intensity of my job.”

Diana adds: “There are so many things I've appreciated about being connected to UCL. It sparks the excitement and the feeling of learning, which you lose as you get older and you're stuck in the world of work.

“I want every alum to know that there's this community who wants to see you succeed, and we're in your corner!"

Looking to find alumni near you? If you want to connect with other alumni in your region, we can help you find groups and clubs near you. Visit our alumni groups page to find out more.