Previous lectures and panel discussions from 2018

All events took place in the Gustave Tuck lecture theatre.

How to be your child's first science teacher - with Alom Shaha 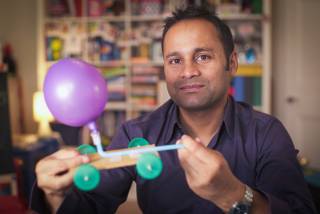 How to be your child's first science teacher
Doing hands-on activities with children is the best way to get them exploring the world around them and thinking like future scientists and engineers. However, many parents lack confidence in doing science with their children, compared with reading, writing or drawing. Teacher and author of Mr Shaha's Recipes for Wonder, Alom Shaha explained how every child can be a scientist even if parents donʼt have all the answers!

Alom Shaha is a science teacher and dad who has spent most of his professional life trying to share his passion for science and education with the public. Alom was born in Bangladesh but grew up in London. He has produced, directed, and appeared in a number of television programmes for broadcasters such as the BBC, and has held fellowships from the National Endowment for Science, Technology, and the Arts (NESTA) and the Nuffield Foundation. Alom has represented his community as an elected politician, and has volunteered at a range of charitable organisations. He teaches at two comprehensive schools and writes for a number of print and online publications.

Panel discussion: Gravitational Waves
The science story of 2017 was (undoubtedly) the LIGO-Virgo detection of  gravitational waves from the inspiral and merger of two neutron stars - and how the fireworks that followed caught the attention of a large fraction of the astronomy community. This event brought into focus the promises of gravitational-wave astronomy. In particular, we were given a first opportunity to test our ideas about how the extreme physics associated with neutron stars enters the problem. Hopefully, this was a glimpse into the future and we will (soon?) be able to regularly use observations to test our understanding of the very edge of physics. 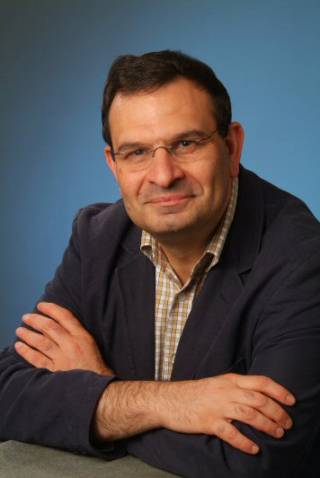 Ofer is Perren Chair of Astronomy at University College London (UCL). His research area is observational Cosmology, in particular probing and characterising Dark Matter and Dark Energy. Ofer is one of the founders of the Dark Energy Survey (DES), and he co-chaired the international DES Science Committee from inception until 2016. He also participates in the next-generation surveys (DESI, Euclid, LSST). He served as Vice-President of the Royal Astronomical Society (2010-2012), and currently he is a member of the STFC Science Board. 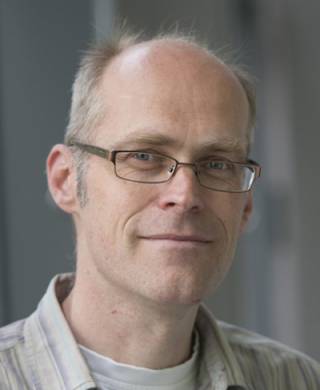 Nils is Professor of Applied Mathematics at the University of Southampton, where he leads one of the largest research groups in Gravitational Physics in Europe. He is an expert on Einstein's theory of relativity and related astrophysics, and his current research is focused on the physics of neutron stars. He has held several prestigious fellowships, including a Leverhulme Prize Fellowship in Astrophysics and is an elected Fellow of the Institute of Physics.

Professor Andersson is a keen science communicator and has written a series of science-related books for younger readers, including the award winning "A gentle wizard" which provides an entertaining and personal introduction to Einstein's universe.

Laura is a Sêr Cymru MSCA COFUND Fellow in the Gravitational Physics Research Group at Cardiff University, where her research focuses on gravitational wave astronomy.

Panel discussion: Missions to the Giant Planets - Cassini and Juno

About the speakers:
Nick Achilleos is Professor of Planetary Physics at UCL's Department of Physics & Astronomy, working at the Atmospheric Physics Laboratory / Centre for Planetary Science. In 2002, at Imperial College London, he was the Science Planner and Operations Engineer for the team managing the magnetometer instrument onboard the Cassini spacecraft, and contributed to the first scientific studies emerging from Cassini's arrival at Saturn in 2004, particularly studies of the planet's magnetospheric boundaries. At UCL he contunies to collaborate with Cassini/Saturn scientists, working on global models of the giant planets, particularly the modelling and observation of the ionospheres and magnetospheres of Jupiter and Saturn.

Richard Molineux is a graduate of UCL's Higher Education Certificate in Astronomy, and spoke on "Cassini-Huygens; Re-writing the script for Saturn and its moons" - giving an overview of how this mission came about, its triumphant successes as a
research tool, an engineering endeavour, and discoverer of potential life.

Katie Grocott Murdoch is a graduate of UCL's Higher Education Certificate in Astronomy and current BSc student at the University of Central Lancashire, and spoke about how the Cassini-Huygens mission transformed our understanding of Saturn's largest moon, Titan.