In 2017 the lectures covered a wide range of topics, from the modern installations in the Atacama desert, to the latest news on particle physics and the robotic exploration of our giant planets.

Thursday, 2 March 2017: Astronomy in Chile - Life as a support astronomer at the Very Large Telescope

Summary: From 2011-2016 I worked in Chile at the Very Large Telescope, one of the world's premier astronomical observatories. I'll talk about why Chile is the best place in the world for cutting edge observatories, how the VLT actually works, and what it's like to operate it.

About the speaker: I got my PhD from UCL in 2004, and then spent two years working in the civil service, before returning to astronomy in 2006. My research since then has been on supernova explosions and the materials that form in their remnants. I was at UCL until 2011, when I went to Chile to work at the Very Large Telescope. I returned to UCL once again in 2016. 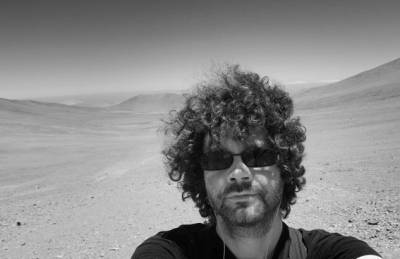 Summary: The ATLAS and CMS experiments at the Large Hadron Collider at CERN are probing the fundamental forces and particles of matter with unprecedented resolution. What have we learned so far, what is happening now, and what might come next?

About the speaker: I work on the ATLAS experiment at the CERN Large Hadron Collider (LHC). I led a UCL group which contributed to the tracking, trigger and software. My own work has focused on physics processes at the LHC which will help us discover more about electroweak symmetry breaking, or basically "why some things have mass". This included searching for the Higgs boson, discovered in July 2012. I wrote some of the first papers on using the substructure of hadronic jets to identify the decays of boosted, massive particles - including the Higgs. I was convener of the ATLAS Monte Carlo group (2007-2009) and of the ATLAS Standard Model group (2010-2012). 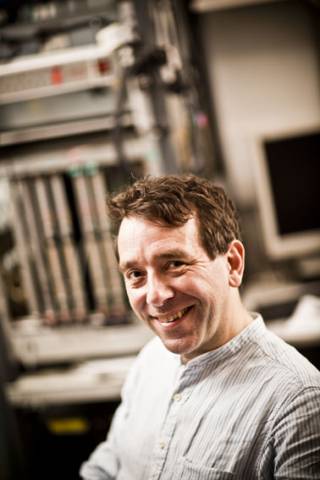 Saturday, 4 March 2017: Space Missions to Giant Planets - Looking Back at Cassini and Looking Forward to JUICE

Please note that this lecture will take place at 6pm.

Summary: Spacecraft which have visited other planets in our Solar System have uncovered a wealth of knowledge as to how the space environments of these planets are formed, and how they compare with that of our Earth. Particularly important is the interaction between a planet's magnetic field and the solar wind - the stream of charged particles continually 'blowing away' from the Sun. In this talk, we will look at three important discoveries which have been made with the Cassini spacecraft which has been orbiting the planet Saturn for more than a decade - specifically, discoveries in which Saturn's magnetic field plays an important role. We will also look at some of the plans related to the JUpiter ICy moon Explorer (JUICE) mission, which is going to revisit the magnetosphere of the planet Jupiter in the future, and in particular Jupiter's magnetized moon, Ganymede.

There will also be a short discussion about the recent discovery of the seven-planet TRAPPIST-1 system.

About the speaker: My current research interests broadly cover the magnetospheres and ionospheres of giant planets (Jupiter and Saturn) and how these systems are coupled together. Previously, I have been a mission planner for the team who manage the magnetometer instrument onboard the Cassini spacecraft, currently orbiting the planet Saturn - I am a science co-investigator at present for the Cassini magnetometer team, as well as the JMAG magnetometer team for the JUICE (JUpiter ICy moons Explorer) mission, currently being developed and due for launch in 2022. 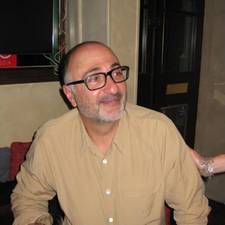 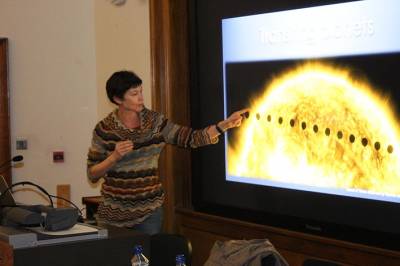 In 2016 we looked at new ways of seeing and learning about the Universe, and discussed one of the biggest questions of all - is there life on other planets?

Seeing in the Dark: Finding Hidden Objects in the Universe

The Universe is a fantastic place, but if we only ever observed it with our eyes we would never see its most amazing phenomena. In this talk I discussed what our galaxy, the Milky Way, looks like in different wavelengths before moving on to discover the exotic entities that can only be observed in the wavelengths that are invisible to our eyes. I finished by showing the current limits of what we can see and what we hope the next generation of telescopes and satellites will reveal to us. 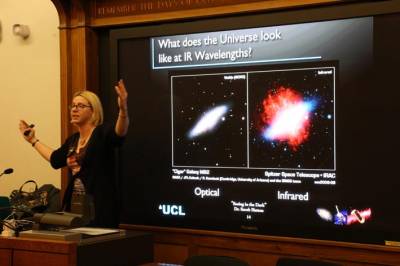 Dr Francisco Diego talked about the Think Universe! project, a one-term integrated science programme to be taught in schools to pupils aged 9-12.Think Universe! deals with the fundamental nature of the visible Universe, from its very simple and still mysterious origin, to the complexity and diversity around us today. We followed the cosmic time line and explore a metaphorical cosmic forest where vast numbers of trees of diversity accidentally grow and vanish. We faced the relevant insignificance of the human existence, that has only started as a tiny twig on one of those trees. A single human family that migrated from central Africa only a few thousand years ago. We meet our destiny, where we must learn to be kind to one another and preserve this fragile and unique paradise planet that we call Earth.

In this lecture, we learned about the development of this project and its major challenges ahead. The audience discussion at the end was very stimulating.

(NOTE: Think Universe! has support from the Science and Technology Facilities Council for its essential phase of teacher training). 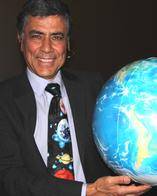 Public discussion and panel: Life in the Universe

What is life? How does it start? With over 2,000 confirmed exoplanets, and the probability of billions more in our galaxy alone, is the emergence of life inevitable? And if it is inevitable, then where are the aliens? Our expert panel guided the audience on the most fascinating challenges to human culture.

Each panelist introduced a topic, followed by a long and diverse discussion with the audience.

From geology to biology, the origin of life in the universe

How does a sterile planet give rise to living cells? Some geological environments have the perfect flow of energy to drive the formation and organization of organic molecules and eventually cells like bacteria. But getting from bacteria to more complex cells like our own is a much harder transition.

The contribution of comets and meteorites to the origin of life

Dr Martins talked about the delivery of the building blocks of life to Earth by comets and meteorites between 4.6 to 3.8 billion of years ago, and how this may have contributed to the origin of life on Earth.

The Search for Life on Mars

Dr Grindrod described the ongoing search for life on Mars. This talk outlined our exploration of the planet, the evolution of habitability and the chances of finding life in the coming decades.

Where are the aliens? The Drake equation revisited

Based around a discussion of the famous 'Drake Equation' (which provides a rough estimation of the number of civilisations in our galaxy), this talk discussed what modern results in astrobiology tell us about the prospects for finding intelligent life elsewhere in the universe.

Professor Tinetti talked about the upcoming Twinkle mission, which will observe the atmospheres of planets around distant  stars. Twinkle will be able to reveal, for the first time, the chemical composition, weather and history of worlds orbiting distant stars. The Twinkle satellite will be built in the UK and launched into a low-Earth orbit within 3 to 4 years. 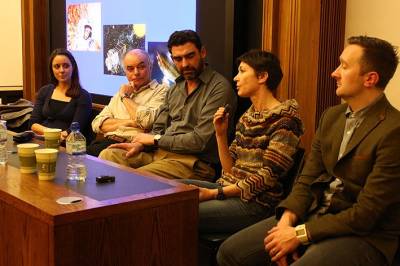