The limits of disclosure

Paulo grew up in Alto Hospicio, just as the city was forming in the 1990s. He was always very close to his mother and sister, and even felt comfortable enough to come out as gay to both of them when he turned 20 years old. At first his mother was hesitant, but she told him "I see that you are a normal man, you are not a monster. This is your life and your choice, but you are still part of the family."

A few years later, however, when Paulo began performing in a drag show in nearby Iquique, his sister advised him not to tell their mother, fearing she would consider cross-dressing, indeed, monstrous. As the drag show continued, Paulo took on more and more important organisational roles, and eventually became very well-known in Iquique's mostly underground gay community for his drag persona. As more and more friends from this aspect of his life began adding him on Facebook, Paulo feared that his mother might take note and discover his secret. He created a new, covert, Facebook account using his stage name, Paulina, and moved all of his friends from his Paulo account to that of Paulina. Facebook allowed him to compartmentalise these two aspects of his life in order to maintain good family relationships, but he regrets that he cannot be completely honest with his mother. 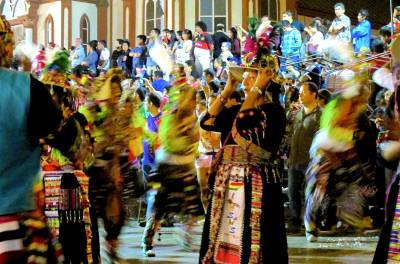