The best way to start the day

In India, there are many ways that social media can express religious sensibility, ranging from posting pictures of gods, to posting religious messages as encouragement for self development, to sharing inspirational poems and stories. But for many Hindus all of these are elements of a more general concern to ensure that social media is a vehicle for spreading and building good karma. For people such as Vidya Shankar, a 47-year -old architect, this is part of a social media daily routine.

For this purpose Vidya Shankar ensures that most of his social circle are his friends on Facebook. He starts every day by posting an image of a Hindu god (mostly of Krishna or Ganapati) on Facebook. Vidya Shankar knows that most of his middle-aged Facebook friends follow a routine of checking Facebook when they wake up every morning. So, to ensure that they wake up to an auspicious symbol, he tries to post an image of a Hindu god just a little before 6am.

Vidya Shankar says "I know people have checked it when I start receiving 'likes' immediately after I post…it's mostly the same set of around 40 to 45 friends of mine. But receiving immediate feedback is effective, since I know that I have built the necessary good karma for the day and I am sure that as they share it with others, it will not only help build their karma, but also mine, as I help to build theirs". 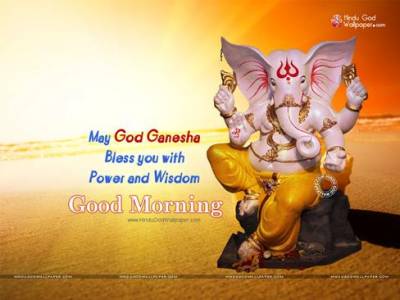