Geraldine is in her 70s. She and her husband moved into the village some ten years ago, settling into a little group of seven houses which looks like the sort of place everyone would get to know each other well. For over five years now she has been living with cancer and while, at the moment, she seems well and coping, there have been some very difficult periods. Six months ago she joined a Facebook group called 'Pets and Trails' which helps the over 60s to have occasional company while walking their dogs.

Geraldine compares the people she has known for six months on this Facebook group with the people she has known for ten years in the houses next to hers. The point being, she doesn't really know her neighbours. When they realised she had cancer she could see some of them avoiding contact because they were too embarrassed and didn't know what to say to her. They have annual parties on the square and are otherwise friendly but it's all surface-level interaction. There are no deep conversations, ever.

With her Facebook group there are only two or three people living close enough to go dog walking with, so mostly she gets to know these people on Facebook itself. But here she has found some proper 'soul-mates'. It seems that the combination of being the same age, with the same love of dogs and walking seems to have been enough for her to have opened up and talked at considerable length about personal issues of family and illness. She has also become equally interested in their lives and problems. She is clear that these are the people who really do 'know' her. 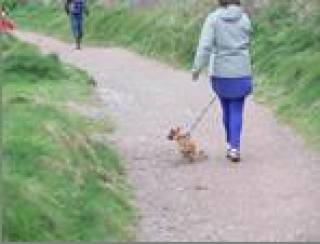