Is buying a smartphone a smart move?

João is one of the most respected teachers in the fieldsite, particularly because he grew up and still lives in the village where he now works. He knows the challenges local people face to adapt to formal employment and he speaks up against wealthy outsiders if they complain that the workers are lazy and untrustworthy. However, João has his own negative opinions when it comes to the way low-income people respond to new technology.

In 2014 João, along with the principal of the public school where he works, met with Lina, the single mother of a 17-year-old student. Like many local poor families, her four children have different fathers and she raises them by herself. Their house has no indoor toilet or proper doors. João was shocked to learn that although Lina is illiterate and among the poorest in the village, she had just spent all her redundancy pay (almost US$ 1,000) from losing her job as a cleaner at a hotel to buy an expensive smartphone for her daughter.

João believes that poverty and poor education mean that Lina does not comprehend the advantages of having a better house for her family. Like others of his more middle-class standing, João insists that poor people should prioritise 'necessities' over 'luxuries'.  As a teacher, he favours education as a necessity, while cable TV or an expensive smartphone are things he views as luxuries.

João may recognise that Lina's daughter hopes that owning a good phone will distinguish her among her peers. This is not about vanity, but rather a way to avoid been excluded because one lacks access to WhatsApp or Facebook on the go. But he also feels that while this may improve her standing among her peers, it will do nothing to help her deal with the larger issues of poverty that families like hers face. 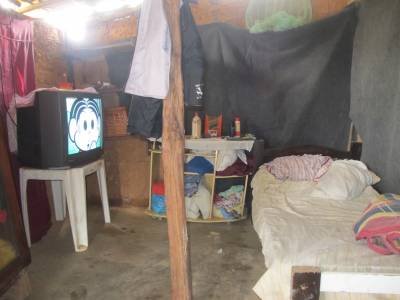