Lisa (27) has a strong and trusting relationship with her mother. Yet she is clear that interaction away from the surveillance of older people is what makes social media interesting for her. Until the late 1980s, the village where she lives had just one school, offering only four years of education. Now children can finish high school after 12 years of schooling - without having to leave the village. Then there are government-paid bus services for those enrolled in college programmes in the nearest cities. This means that most people who are aged 40 and above are barely literate, while those under 30 years old can read and write reasonably well.

Lisa's mum has a computer at home, but everything about the computer feels alien to her. Together with her limited literacy, she has never typed on a keyboard and does not feel comfortable running software or using the mouse. She loves Facebook but her usage is limited to liking and sharing mostly visual content, and she depends on her daughter to turn the computer on and log in to Facebook.

Like her mum, Lisa is an active member of their church, but she also dreads being seen as a small-minded evangelical Christian by her peers at university. At the village, she would not dare to make friends or be seen talking to people associated with Afro-Brazilian Candomblé religion. But Facebook provides a solution, as she can cultivate friendships with classmates who belong to Candomblé groups, thus portraying herself as a modern-thinking student while protecting her family from being gossiped about by other evangelical Christian families in the village. 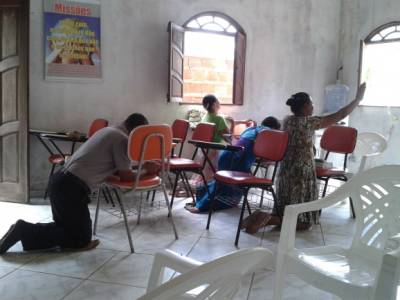