The fieldsite is in one of the least developed regions of Trinidad. The semi-urban town has a population of around 18,000 and the demographics are fairly representative of Trinidad as a whole, with approximately 40% of Indo-Trinidadian heritage, 40% of Afro-Trinidadian heritage and a minority of those with Anglo-European, Syrian-Lebanese, and Chinese heritages. The town has a rapidly increasing number of services and businesses and serves as a hub for surrounding villages.

Introduction to the field site - a place in-between

A guide to "macoing" or how to be nosy

A guide to "bacchanal" or arguing

What's on with WhatsApp

Hanging out, or 'liming'

The Social World of Gaming

How We Made Short Ethnographic Films

Coming out as LGBT animation 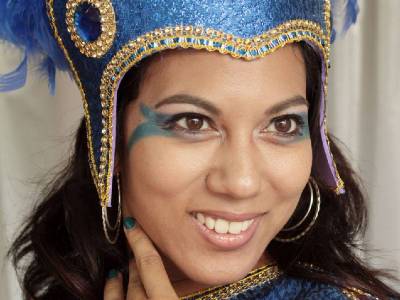 Our researcher in Trinidad

Jolynna Sinanan is a Vice Chancellor's Postdoctoral Research Fellow at the Royal Melbourne Institute of Technology (RMIT). From 2011-2014, she was a Research Fellow in Anthropology at UCL. Co-author (with D. Miller) of 'Webcam'. Her areas of research are digital ethnography, new media, migration and gender in Trinidad, Australia, and Singapore.