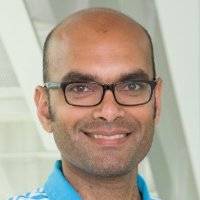 Afzal's research interests are in energy economics, specifically the application of financial and operational research methods for making decisions under uncertainty and competition. Indeed, the deregulation of electricity industries worldwide means that policymakers must anticipate the behaviour of market participants when setting targets for sustainability. Thus, it is desirable to use tools such as complementarity modelling, real options, and stochastic programming to analyse investment in and operation of renewable energy technologies. The objective of Afzal's work is to gain insights that will assist producers and consumers to make more informed decisions, e.g., about technology choice and risk management, and to provide policy guidance when designing market mechanisms. Previously, he was involved with the ELDEV project in Trondheim, Norway, which sought to foster closer cooperation between industry and academia, namely in the area of improved business practices for the electric power industry. He has also contributed to the development of a deterministic optimisation tool, DER-CAM, that solves a microgrid's DG investment and operational problem in detail. Recently concluded work involved a Natural Environment Research Council project on the application of real options in energy-sector decarbonisation as well as coordination of an EU FP7 project, EnRiMa, which used stochastic optimisation in order to improve energy efficiency and manage risk in European public buildings. Ongoing work involves DAMS 2.0 (sustainable dams in DAC list countries), STRIDES (strategic planning for a renewable power system), and PlanFES (algorithms for decision support in power system planning).