Wolfgang Spörl (Wolf Spoerl to those who knew him) was born in Thuringia in August 1924. Aged 14 he attended art school in Plauen but never completed his studies as he was conscripted into the German army aged 17. In 1945 he was taken prisoner by the Allied Forces and was sent, first to the USA and subsequently to the UK as a prisoner of war.

In 1948 whilst still a prisoner, but living in a large house in Brondesbury, North West London, Wolf met and married a Scottish girl living in the same street. His parental home was now in East Germany and under Russian control so they decided to remain in London.

With very poor broken English, Wolf started work in an advertising agency and within a short space of time had so much freelance work that he set up his own graphic design studio, moving to Covent Garden in the 1960s.

Wolf’s clients were a “Who’s Who” of household names including Pirelli, Clarks’ Shoes, Penguin Books, Sainsbury’s, Kenwood, BP and the BBC.

In a time before computer graphics, Wolf was known for his perfect air brush work and, although he devoted most of his working life to graphic design, he was also an accomplished illustrator, painter, sculptor, book and porcelain conservator. Fortunately, there was a period in his later life when he directed his talent to etching and print making and we thought it appropriate to commemorate his life with a scholarship that bridges the divide between art and commerce.

Wolf died at his home in London in April 2016 not far from where he had lived as a POW. 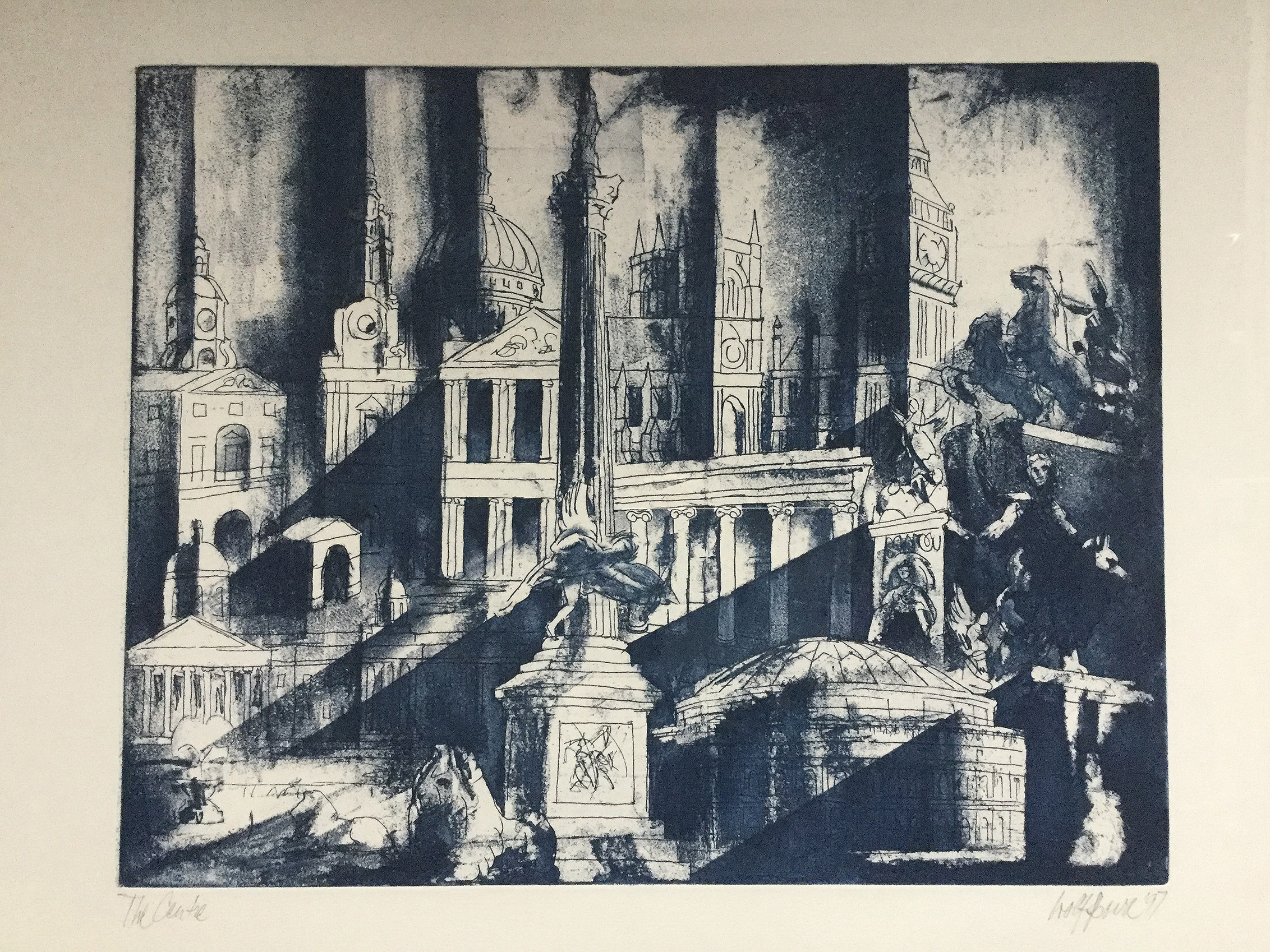