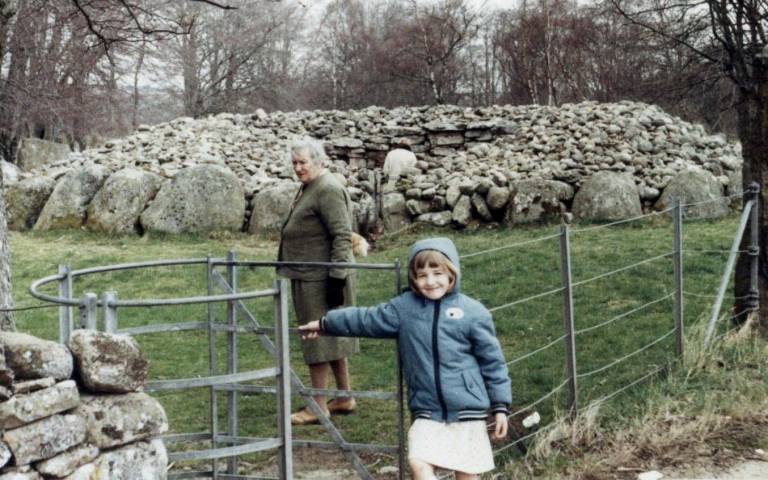 The Monument Monitor project, led by SEAHA student Rosie Brigham, has been making headlines recently by asking members of the public to look through their old holiday snaps. Monument Monitor aims to assess how we can best use visitors’ photographs to assist with heritage management. At 20 different case study sites in Scotland, Rosie and project partner Historic Environment Scotland are using visitors’ photographs to assess whether they can monitor all manners of agents of change. Photographs can help with many types of conservation, from levels of Damp in Tarves Tomb, to erosion at Ness of Burgi and biological growth at Neolithic rock art sites around the south west. While visiting heritage sites is no longer possible for most of us, people have still been helping contribute to real scientific research by dusting off old photo albums and sending in their holiday snaps.

At Machrie Moor Stone Circles, for example, Rosie is attempting to model the frequency of severe waterlogging around the site. The standing circles situated on the Isle of Arran are one of the islands most picturesque monuments and comprises of 6 stone circles of various sizes. Parts of the site are frequently waterlogged, and Rosie has been mapping the regularity of this in the submitted images. Using machine learning to identify levels of flooding alongside historic weather data means that Rosie and her project partners are now building up a good idea of the conditions that lead to severe flooding. This is helping us understand how the site is coping with the changing climate of Scotland.

Further north in Inverness, Yuni Chen is working on using photographs submitted of Clava Cairns to establish was has been dubbed as the ‘Outlander Effect’. Since the broadcasting the popular period drama Outlander on Amazon Prime, the site has become a must see on tours of the highlands as it inspired Craigh Na Dun, the time traveling stones at the centre of the drama. Since 2014 there has been a huge increase of visitor numbers at the site, but as it is unstaffed, it is difficult to assess what potential issues this may be having. Using photos taken both before and after the dramas release, Yuni is measuring the erosion to see how much the increased visitor numbers has eroded the ground around the cairn entrances.

To map conservation, Rosie and Yuni are using photogrammetry to produce a 3D point cloud from overlapping images taken from different perspectives. Taken together, these can help to create accurate measurements of eroded areas. Alongside this, the team are using known measurements (such as the width of the stones at the cairn entrances) to calculate the ratio of pixels in areas of interest allowing us to measure scale of the erosion over time.

Rosie’s project has been featured in the The Arran Banner, The Scotsman, The Times, The Press and Journal, and The Sunday Post as well as being featured on the Historic Environment Scotland blog.

Rosie Brigham is a SEAHA PhD student based at the Institute for Sustainable Heritage at University College London. Her research, partnered with Historic Environment Scotland, Rekrei, and Instadeep, explores how crowdsourced images can be used for conservation monitoring.

Find out more about Rosie's research