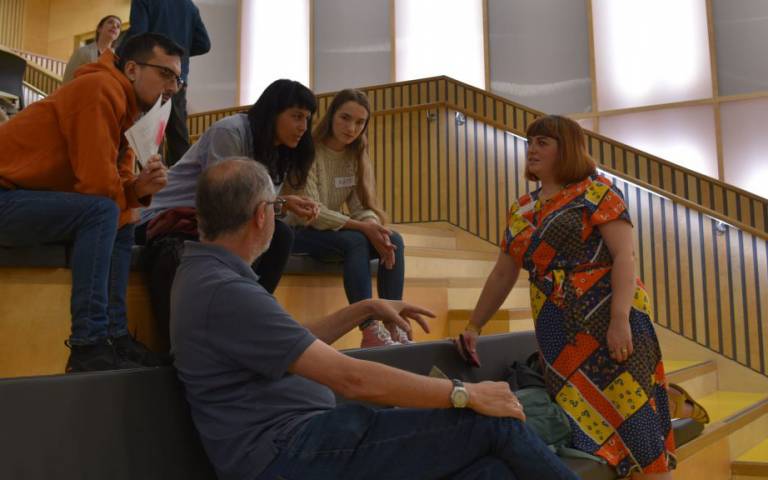 The Heritage Science Hackathon was organised by a group of SEAHA students, led by Ida Ahmad, Rosie Brigham and Gavin Leong. Funding for this free event was generously provided by Trellis: Community Partnership Building Events and the Octagon Small Grants Fund.

The challenges from Eastside Community Heritage were:

1. How can we digitise, organise and open up our archives to the public?
2. How can we enhance and promote our exhibitions?

Background information on each of the projects was presented to attendees by Nikki Shaill from Thames Festival Trust and Judith Garfield from Eastside Community Heritage. This was followed by an ideas session and team formation. Some teams were formed by individuals meeting for the first time, while others were established teams who had signed up together.

Workshops related to the challenges gave attendees the opportunity to delve deeper into some of the scientific and technical aspects of heritage science. Workshop topics included: “Smell of Heritage” by Cecilia Bembibre; “Computer Vision in Heritage” by Giles Bergel; and “Introduction to Web Development” by Rosie Brigham.

At the end of the second day, teams were invited to pitch the solutions they had been working on to address the challenges posed by the heritage partners. In total eight pitches were made, addressing either one or both the sets of challenges. Pitches were judged on Innovation, Relevance and Practicality. The judging panel featured Michael Harris (Technical Lead at Royal Academy of Arts), May Cassar (Director of the Institute for Sustainable Heritage), Nikki Shaill and Judith Garfield.

Initially, two prizes were up for grabs, one for the best pitch for each heritage partner, with winning teams receiving Arduino kits for each member. These were awarded to teams SearchOral and KAD. SearchOral created a scalable and searchable database of transcripts, through which researchers could request access to Eastside Community Heritage oral archive. KAD created an innovative way to present heritage smells in their local context in East London. The judges were so impressed by the calibre of all the pitches that they decided to award a third prize to team Aurora, for their plan to create a lightweight device that captured the chemistry of a given smell in real time.