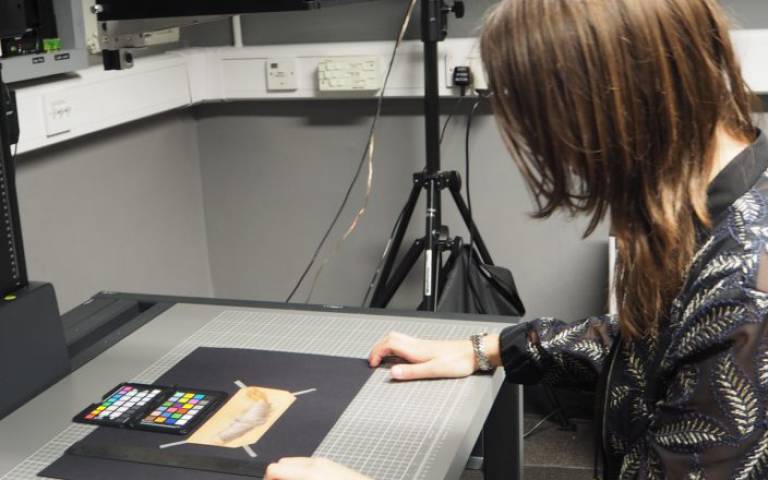 In June 2016, SEAHA student Cerys Jones captured and analysed multispectral images of three Leonardo da Vinci drawings for the Royal Collection Trust. The first was the study of horses’ heads, a metalpoint drawing completed circa 1481. The multispectral images uncovered features that could not be seen by the naked eye, including three additional drawings. The final two comprised the study for the drapery of the Virgin’s right arm for the painting ‘The Virgin and Child with St Anne’ which is held in the Louvre Museum in Paris, and a study of a bear’s foot. The multispectral images of these drawings revealed underdrawings and details of how Leonardo built up his work using a variety of materials.

On the 500-year anniversary of Leonardo’s death, the Royal Collection Trust has published a new book called Leonardo da Vinci: A Closer Look, which features several of the images created by Cerys. The book, written by Alan Donnithorne, investigates many of Leonardo’s drawings using a variety of imaging and analysis techniques to uncover more about the artist’s technique and reveal features that have not been seen for 500 years. The Royal Collection Trust’s webpage for the new page states “Combining technical analysis with a profound understanding of Leonardo’s artistic practices, this book offers an unprecedented glimpse into Leonardo’s works and his mind as both find themselves, for the first time, under the microscope.” 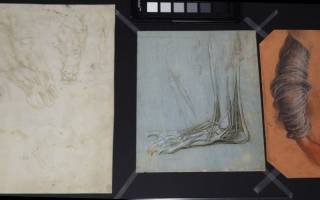 Cerys also presented this work at the STEM for Britain competition in March 2018. This competition was held at the Houses of Parliament and involves Britain’s early-stage and early-career researchers presenting their research to members of parliament. View and download Cerys’ poster here.

Cerys Jones is a SEAHA student based in the Department of Medical Physics and Bioengineering at UCL. Supported by R.B. Toth Associates, the British Library and the London Met Archives, Cerys’ project aims to produce a pipeline for multispectral imaging of documentary material in the heritage sector.

Find out more about Cery's research