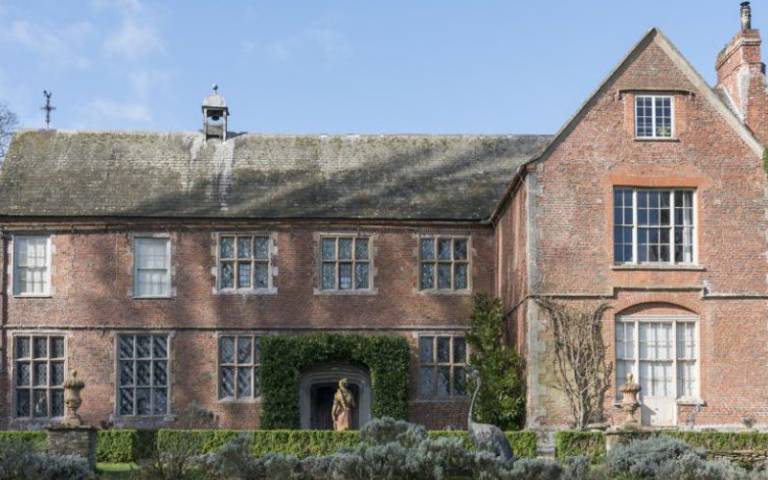 Kira Zumkley, SEAHA MRes student, recently wrote an article on her blog about the current MRes cohort’s trip to Hellens Manor. The article is reposted here:

Hellens Manor, located in the village of Much Marcle in Herefordshire, is one of the oldest dwellings in England. Owned and administered by the Pennington-Mellor-Munthe Charity Trust, the house is open to the general public and available for educational and cultural activities. As part of its charitable remit, the trust has been working with UCL’s Institute for Sustainable Heritage and students from the EPSRC Centre for Doctoral Training in Science and Engineering in Arts, Heritage and Archaeology (SEAHA) to improve Hellens’ preservation management strategies and get a better understanding of the house and its collection.

In March 2019 I had the privilege to join the research team at Hellens and interview Justine Peberdy, General Manager at Hellens and Dr Josep Grau-Bove from the University College London.

Justine, could you tell us a little bit about Hellens’ history?

JP: Back in 1057, Earl Harold Godwinson was Lord of Much Marcle which included Hellens Manor. He lost his life shortly after in the battle of Hastings and the house came into the ownership of William the Conqueror. He gave it to his Standard Bearer Walter de Lacey who in turn leased it to French monks who then spent the next decades establishing the church and building a community here. Subsequent to that the house went through various families, partly because there was never a clear male heir that could inherit the house. It came into the Audley family sometime in the 13th century and Isolde, sister of Roger Mortimer married Hugh de Audley when Roger Mortimer was raising an army to unseat Richard II. As part of these events the royal seal was delivered to Hellens Manor to Isabela’s son Edward III, so the house has witnessed some key historic moments. Soon after that the house was recorded as being in ruins in about 1580, and its saving grace was a marriage into a nearby wealthy merchant family. Their daughter came here with a large dowry and much of the house as it stands now was renovated, changed and domesticated, changing it from a fortress on the Welsh boarder to a private house for entertaining. That happened in about 1641. After that there was again no clear line of heritage, which meant that when the houses ownership was in question it managed to avoid periods of renovation and change. So it has remained pretty unchanged since the 17th century.

The house has certainly lived through some very exciting times. It has recently changed from being used as a private home to being open to the public and as part of this change you have started working with the University College London. Could you tell us a bit more about this collaboration?

JP: The trusts remit is to preserve this house and make it available to the public, so the real concentrated learning about the house and keeping very organized archives is quite a recent thing that we started. Hellens is still used as a private home with live-in staff, so it is not like a national trust house that is preserved as a museum, it’s a living breathing house. There are all sorts of additions, either to the furniture or to the paintings or changes to the structure of the house. It’s really only recently that that is being documented and learned about, so we are very much in need of experts to come and look at the fabric of the house, look at the paintings and tell us how this incredible collection came together and how we can look after it in the best possible way.

JGB: We are very lucky to have a good relationship with the trust, especially Adam Munthe as well as Justine and the other members of staff. This helps us to tackle problems that are useful to them. Over the years we have done all sorts of research that helps their preservation management. From studying moisture in the walls, to looking at paintings, studying pest, the influence of light and all the agents of deterioration.

So the work UCL has done has already been beneficial?

JP: Yes, definitely. Primarily it teaches us how to look after what we have here. And it can be very simple measures such as keeping the curtains closed to protect paintings and surfaces from light or changing how we clean things. We have considerable expertise amongst our trustees, but most of the team living at Hellens are not experienced curators or conservators. So we are very fortunate to be working with UCL as their advice on how to best care for and protect Hellens is very valued. Every single recommendation that UCL gives us is acted on and we are very grateful their support.

JGB: The work we have been doing here has not only been beneficial to Hellens Manor but has also been a great experience for our students. They have the opportunity to work in a real historic environment, where their decisions and their research is going to have an impact into the preservation of the collection. In addition, they get to test experimental techniques a little bit outside of the comfort zone of these techniques. The students have to work in conditions that are not ideal, such as a controlled lab environment, and they have to learn how to get the best results regardless. 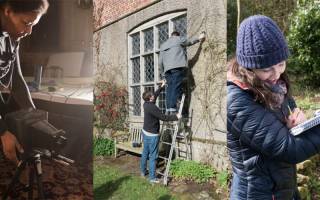 Kira Zumkley is a SEAHA MRes student at the University of Brighton researching advanced digitisation to support the conservation and interpretation of the Victoria and Albert Museum collection. Studying at the School of Computing, Engineering and Mathematics at the University of Brighton and partnered with the Victoria and Albert museum, she will be investigating advanced digitisation technologies and methods to determine which are most suitable to document, care for and improve the understanding of the objects’ manufacturing and their condition.

Find out more about Kira's research