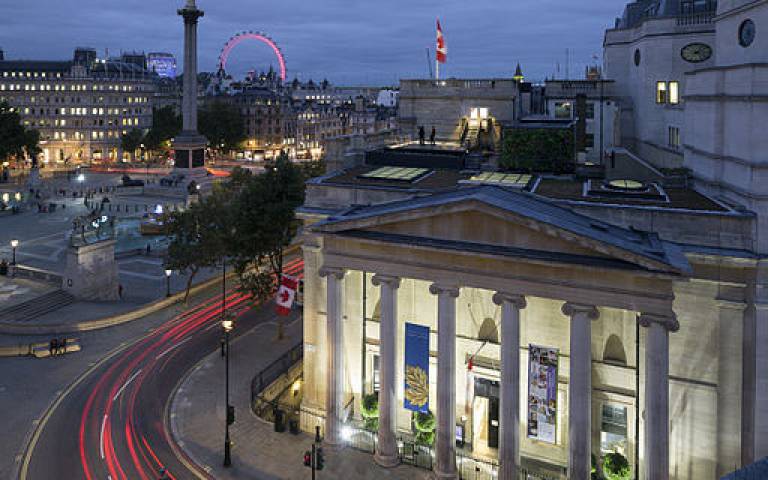 SEAHA is proud to announce that Scott Allan Orr is in recipient of a 2016/2017 award from the Canadian Centennial Scholarship Fund (CCSF). He is one of fifteen Canadian students to be selected this year. The committee evaluates applicants for their academic standards, but also assess their ability to communicate their research and passion to diverse audiences: an interview with committee members and trustees is a fundamental component of the process. The interviews are hosted by the Canadian High Commission on Trafalgar Square (pictured), which was founded in 1967 by the Canadian Women’s Club to mark Canada’s centennial, the CCSF is a registered charity that has awarded more than 300 scholarships to outstanding students from across Canada who are enrolled in postgraduate programmes at UK universities, colleges, institutes or conservatories.

A CCSF award is an acknowledgement of the importance of Canadian culture—and it’s historic built environment—from a notable institution and the prominent community members who serve as trustees and committee members. It supports strengthening ties between the countries’ heritage science communities, uniting the efforts to preserve and interpret the interwoven heritage of Canada and the United Kingdom.

The Canadian High Commission also graciously provided facilities for the inaugural ‘Analysing Art: New Technologies — New Applications’ conference in May 2016. This event brought together researchers and scientists from both countries, as well as many other international speakers.

Scott is about to commence his third year of his doctoral studies with SEAHA, supervised by Professor Heather Viles in the School of Geography and the Environment at the University of Oxford.