UCL-led research dramatically increases the size of systems that can be simulated on current quantum computers. 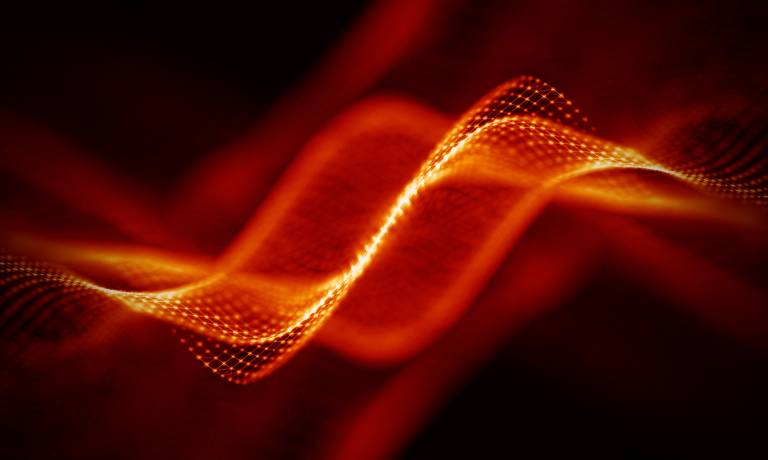 Currently available quantum computers have relatively few quantum bits and are subject to interference. These Noisy Intermediate Scale Quantum (NISQ) computers do not have the computational resources needed to directly simulate the large quantum systems needed to revolutionize drug discovery or search for new battery materials.

Research published in npj Quantum Information, shows how mathematical tools known as tensor networks can be used to capture the most important quantum features of large quantum systems with a small quantum computer. Tensor networks were originally developed to carry out the same task with classical computers.

“The big question everyone is asking at the moment is what useful things can we do with our current small and noisy quantum computers?” said corresponding author, PhD student Fergus Barratt (King’s College London). “One way to make our current quantum computers more useful is work out where the quantum effects really matter. For example, for some enzymes the important quantum effects are localised in small parts of much larger molecules. We can then focus the efforts of our quantum computers on the most quantum parts of a large system. Tensor networks and the code we developed can be used to distribute the computing resources appropriately and effectively allow us to divide up the simulation into lots of smaller computations – effectively a type of parallel quantum computation.”

Lead author, Professor Andrew Green (London Centre for Nanotechnology at UCL) and his group have been developing tensor network techniques to obtain fundamental insights about quantum systems and to learn how to harness their properties in NISQ computers. “Tensor networks provide a new window on quantum systems – for example we have used them to show how quantum chaotic systems can be connected to many different classically chaotic systems. They also provide a framework to distribute quantum resources in simulation on NISQ computers giving an effective and universal way to simulate quantum systems.”

For the study, researchers were able to demonstrate simulation of a large one-dimensional quantum system. All the code used to generate the results is available to download. The next step for the researchers is developing their algorithms to simulate two- or three-dimensional quantum systems. The team’s code has been accepted as part of Google's public early access program to be trialled on superconducting qubit hardware.

While the applications of quantum computing differ from traditional computers, they will enable us to solve certain types of problems that cannot be solved on classical computers. These include problems that involve quantum mechanics directly such a drug development, but will also help optimise the solutions to complex everyday problems such as transport and logistics.

This research received funding from the UK Engineering and Physical Sciences Research Council (EPSRC), the European Union’s Horizon 2020 research and innovation programme, and the German Research Forum. This research is an outcome of the EPSRC Prosperity Partnership in Quantum Simulation, led by UCL and Google.