UCL and partners at other UK universities and institutions have been awarded £12.9M to explore the universe’s biggest mysteries. 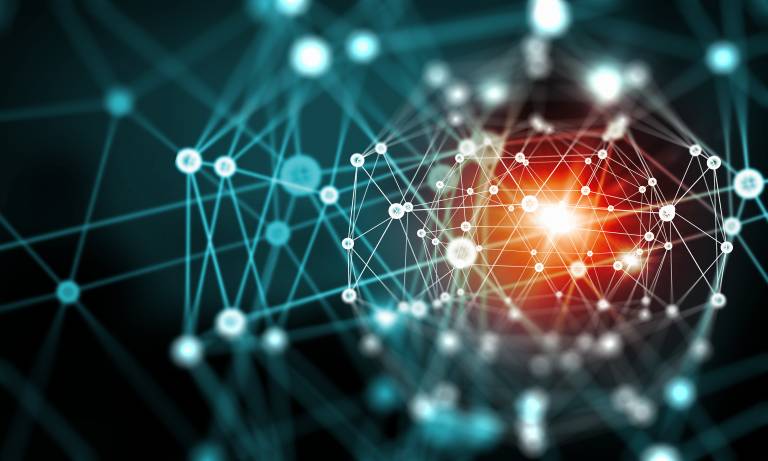 Researchers will use cutting-edge quantum technologies to transform our understanding of the universe and answer key questions such as the nature of dark matter and black holes.

UK Research and Innovation (UKRI) is supporting seven projects with a £31 million investment to demonstrate how quantum technologies could solve some of the greatest mysteries in fundamental physics.

Just as quantum computing promises to revolutionise traditional computing, technologies such as quantum sensors have the potential to radically change our approach to understanding our universe.

UCL researchers are involved in three of the seven new projects, including:

Led by the University of Sheffield with partners at Universities of Cambridge, Liverpool and Oxford, Lancaster University, National Physical Laboratory, Royal Holloway University of London, and UCL.

The project aims to contribute to the search for axions, low-mass ‘hidden’ particles that are candidates to solve the mystery of dark matter. They will develop novel new quantum measurement technology for inclusion in the US ADMX experiment, which can then be used to search for axions in parts of our galaxy’s dark matter halo that have never been explored before.

Dr Ed Romans, UCLQ researcher and co-investigator for this project at UCL said: “This is a fantastic opportunity to bring together two usually separate research communities to work together and exploit new quantum technologies to drive forward the cutting edge of fundamental physics research.”

Led by UCL with partners at the National Physical Laboratory, Universities of Cambridge, Swansea and Warwick.

The project aims to harness recent breakthroughs in quantum technologies to solve one of the most important outstanding challenges in particle physics – determining the absolute mass of neutrinos. One of the universe’s most abundant particles neutrinos are a by-product of nuclear fusion within stars, therefore being key to our understanding of the processes within stars and the makeup of the universe. Moreover, knowing the value of the neutrino mass is critical to our understanding of the origin of matter and evolution of the universe. They are poorly understood however, and the researchers aim to develop pioneering new spectroscopy technology capable to precisely measure the mass of this elusive but important particle.

The project aims to develop quantum simulators capable of providing insights into the physics of the very early universe and black holes. The goals include: simulating aspects of quantum black holes; and testing theories of the quantum vacuum that underpin ideas on the origin of the universe.

The National Quantum Technologies Programme (NQTP) was established in 2014 by the partners (EPSRC, STFC, IUK, Dstl, MoD, NPL, BEIS, GCHQ, NCSC2) to make the UK a global leader in the development and commercialisation of quantum technologies. World class research and dynamic innovation, as the Government’s R&D Roadmap stresses, are part of an interconnected system. The NQTP’s achievements to-date have been enabled by the coherent approach which brings this interconnected system together. NQTP has ambition to grow and evolve research and technology development activities within the programme to continue to ensure that the UK has a balanced portfolio, is flexible and open, so that promising quantum technologies continue to emerge. The NQTP is set to invest £1billion of public and private sector funds over its ten-year lifetime.