Professor Andrei Faraon of Caltech speaks about optical quantum networks based on rare-earth ions and nano-photonics. 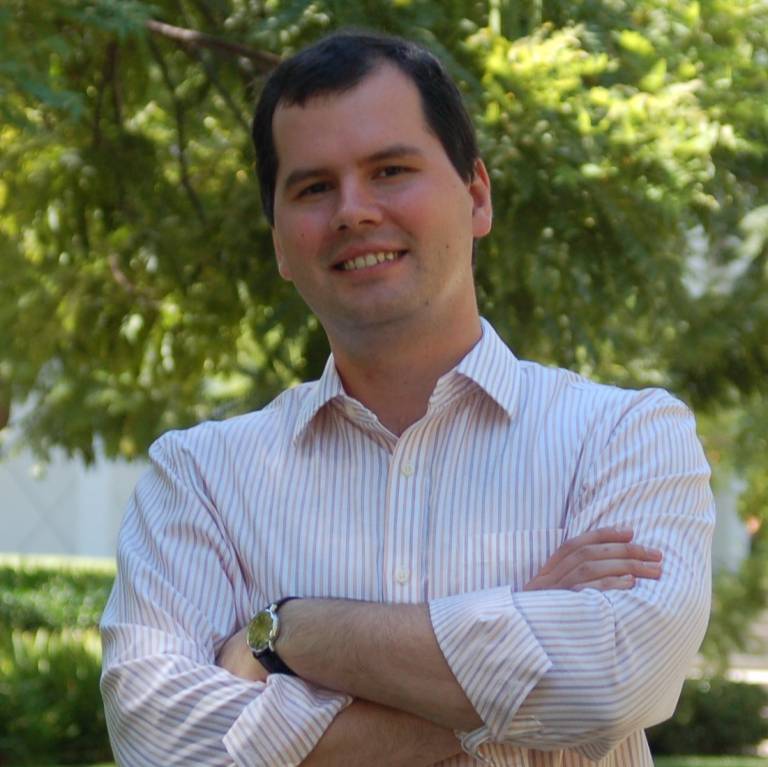 TITLE: Towards optical quantum networks based on rare-earth ions and nano-photonics

In their talk Faraon will discuss implementations of quantum hardware for repeaters and transducers using rare-earth ions, like ytterbium and erbium, exhibiting highly coherent optical and spin transitions in a solid-state environment.

In the seminar Faraon will show that single ytterbium ions in nano-photonic resonators are well suited for optically addressable quantum bits with long spin coherence, single shot readout and good optical stability [1]. These single qubits will form the backbone of future quantum repeater networks and will be augmented by optical storage and linear processing capabilities, also implemented using rare-earth ions. Towards this end we demonstrated optical quantum storage using erbium ensembles coupled to silicon photonics, where the frequency and release time of the stored photon can be controlled using on-chip electronics [2,3]. Finally, to connect the optical network to superconducting quantum computers, we develop optical to microwave quantum transducers based on rare-earth ensembles simultaneously coupled to on-chip optical and microwave superconducting resonators [4]. I conclude by addressing the remaining challenges for interconnecting these components into future quantum networks.

Dr Andrei Faraon is a Professor of Applied Physics and Electrical Engineering at California Institute of Technology. After earning a B.S. degree in physics with honours in 2004 at California Institute of Technology, he received his M.S. in Electrical Engineering and PhD in Applied Physics both from Stanford University in 2009. From 2009 to 2012 he was a postdoctoral fellow at Hewlett Packard Laboratories. During his PhD he was involved in seminal quantum optics experiments using single semiconductor quantum dots coupled to photonic crystal resonators. At HP, he pioneered quantum nano-photonic devices in single crystal diamond coupled to colour centres.

Dr Faraon left HP in 2012 for a faculty position at Caltech where he works on nano-photonic technologies for both classical and quantum applications including: optically addressable quantum bits, optical quantum memories, microwave to optical quantum transduction, metasurfaces and metamaterials for multi-functional imaging applications.

Dr Faraon is the recipient of the 2018 Adolph Lomb Medal of the Optical Society of America that recognizes a noteworthy contribution to optics made by a researcher who is still early in his or her career. He was also awarded the 2015 National Science Foundation CAREER award, the 2015 Air Force Office of Scientific Research young investigator award and the 2016 Office of Naval Research Young Investigator Award.