Seminar: Towards a large-scale quantum computer 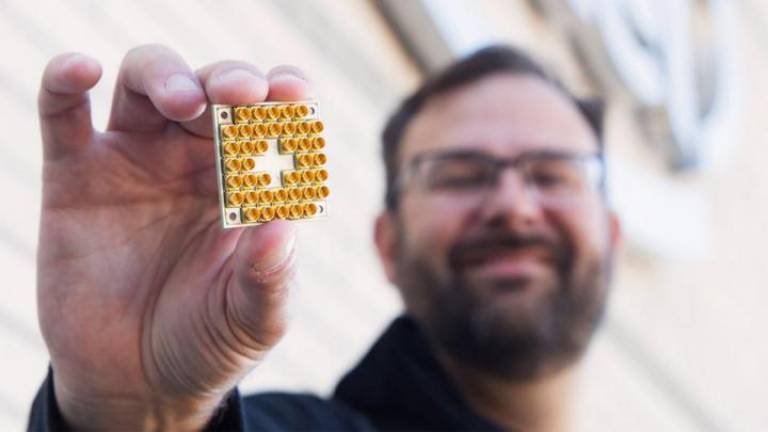 ABSTRACT: Realising quantum computing's promise will require tens of thousands of qubits that can communicate with each other. Today's prototype quantum computers contain tens of qubits made from a technology involving superconducting circuits, but many view silicon-based qubits as more promising in the long run.

At Intel, we are focused on developing silicon spin qubit technology that leverages existing CMOS manufacturing techniques. In December, Intel introduced the ‘first-of-its-kind’ cryo-controller chip for quantum computing and previewed a cryo-prober tool for characterizing quantum processor chips. The new controller is a mixed-signal SoC named‘Horse Ridge’ after one of the coldest regions in Oregon and is designed to operate at approximately 4 Kelvin. Both devices attack key challenges in quantum computing – the ability to scale up the number of qubits in a processor and the ability to quickly characterize them.

Jim Clarke is the director of the Quantum Hardware research group within Intel’s Components Research Organization. He launched Intel’s Quantum Computing effort in 2015, as well as a research partnership with QuTech (TU Delft and TNO). His group’s primary focus is to use Intel’s process expertise to develop scalable qubit arrays. Prior to joining Intel in 2001, Jim completed a B.S. in chemistry at Indiana University, a Ph.D. in physical chemistry at Harvard University and a post-doctoral fellowship in physical organic chemistry at ETH, Zürich.