UCLQ involved in the new Quantum Computing Hub launched as part of the UK's development of quantum technologies. 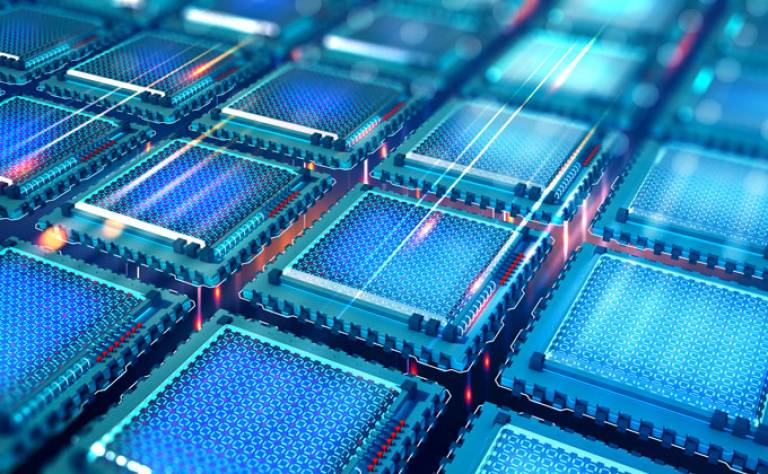 A new Quantum Computing and Simulation Hub has been announced last week by Science Minister Chris Skidmore, as one of four Quantum Technologies Research Hubs centred at Birmingham, Glasgow, Oxford, and York. The total funding of £94 million investment will drive progress in Quantum Technologies and help to revolutionise sensing and timing, imaging, computing, and communications. The National Quantum Technologies Programme, which began in 2013, has now entered its second phase of funding, part of which will be the £94 million investment by the UK government, via UKRI’s Engineering and Physical Sciences Research Council (EPSRC), through those four hubs.

The Hub will drive progress toward practical quantum computers and usher in the era where they will have a revolutionary impact on real-world challenges in a range of multidisciplinary themes including; discovery of novel drugs and new materials, through to quantum-enhanced machine learning, information security and even carbon reduction through optimised resource usage. Leading quantum research teams across 17 universities, will collaborate with more than 25 national and international commercial, governmental and academic entities to address critical research challenges and work with partners to accelerate the development of quantum computing in the UK. Hub research will focus on the hardware and software that will be needed for future quantum computers and simulators. In hardware, the Hub will advance a range of different platforms, encompassing simulation, near term quantum computers, and longer term fully scalable machines.

Through these Research Hubs the UK’s world-leading quantum technologies research base will continue to drive the development of new technologies through their networks of academic and business partnerships and this new investment will help make the next leap forward in the drive to link discoveries to innovative applications.