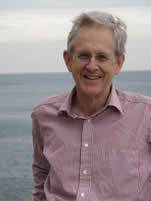 Richard Rusbridger is a Training and Supervising Analyst and a Child Analyst of the British Psychoanalytical Society.  He spent a year at the Royal College of Music before reading Music and English at Cambridge.  While working as a psychiatric social worker at a hospital in London he trained as a child psychotherapist at the Tavistock Clinic.  He worked in child and family centres in North London before training as a psychoanalyst at the Institute of Psychoanalysis.  He is Chair of the Curriculum Committee on the M.Sc. course in Theoretical Psychoanalytic Studies at UCL.

He has taught, and run clinical seminars, at the Institute of Psychoanalysis and at a number of psychotherapy trainings in the UK, as well as in Germany and the United States.  For a number of years he led infant observation seminars on psychotherapy trainings.  At the Institute of Psychoanalysis he has been a member of the Curriculum, Ethics, Student Progress and Admissions Committees.  He has co-edited (with Robert Michels et al.)  Key Papers on Countertransference, London: Karnac, 2002;  (with Susan Budd)   Introducing Psychoanalysis: Essential Themes and Topics,  London: Routledge, 2005;  and (with Priscilla Roth) Encounters with Melanie Klein: Selected Papers of Elizabeth Spillius, London: Routledge, 2007.   He has been Book Reviews Editor of the Journal of Child Psychotherapy and Psychoanalytic Psychotherapy; served on the Board of the New Library of Psychoanalysis; and has been on the Board of the International Journal of Psychoanalysis since 1996.  He has been a member of the Education Section of the International Journal since 1998, and its Chair since 2010.  He is Hon Secretary of the Melanie Klein Trust, and is in full-time private practice in London.   He can be contacted via the Psychoanalysis Unit.   His publications include: