We are delighted to announce that Professor Anthony David will be joining UCL as the inaugural Director & Sackler Chair of the UCL Institute of Mental Health. 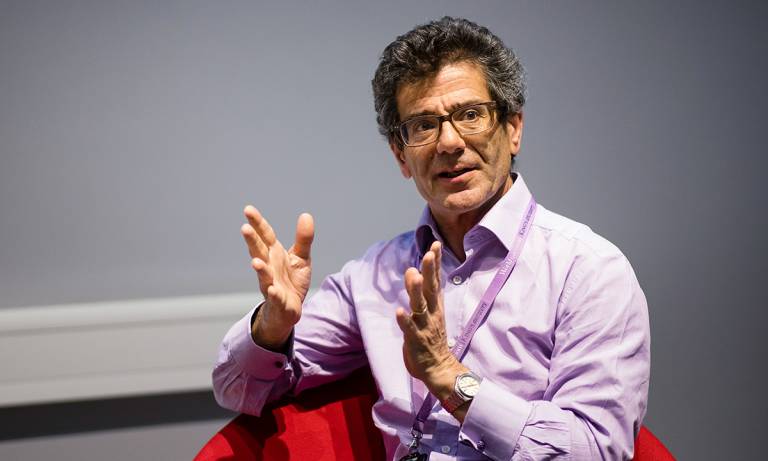 The new UCL Institute of Mental Health will bring together psychiatry, psychology, neurology and neuroscience. It will drive forward research into the basic neuroscience of psychiatric disorders and, as a consequence, identify new approaches to treatment.

One third of the UK population will suffer from a mental health disorder during their lifetime. The total cost to the UK economy was around £50 billion in 2007 and will rise to £90 billion over the next 20 years. With the enhanced profile of mental health in the political and public arena, the Institute of Mental Health will bring together world-leading expertise and provide a clear focus for UCL’s exciting mental health research programme.

While the Institute of Mental Health will be virtual at first, it is intended that it will ultimately become a physical hub encouraging collaboration and facilitating multi-disciplinary projects and educational activities that exploit the breadth of relevant scientific expertise that already exists in UCL.

Professor David joins UCL from his role as Vice Dean for Academic Psychiatry, at the Institute of Psychiatry, Psychology & Neuroscience (IoPPN), King’s College London. He has a wide and diverse range of research interests including schizophrenia, neuropsychiatry, medically unexplained syndromes and neuroimaging – both structural and functional. He is especially interested in the concept of insight in schizophrenia and how this relates to treatment compliance and decision-making capacity.

Apart from spells in the US at the Johns Hopkins Hospital and UCLA, he has spent his entire psychiatric and research career to date at the Institute of Psychiatry (now IoPPN) at King’s College London. He has been an honorary consultant at Maudsley Hospital, London, since 1990. He was awarded a personal chair in 1996 and was appointed Vice Dean for Academic Psychiatry in 2013.

““The instigation of the Mental Health Institute has been one of the most exciting and strategically important initiatives within UCL in recent times. Recruiting a Director with the expertise, vision and commitment to deliver such an ambitious initiative was always going to be challenging. We are absolutely delighted to have recruited Professor Tony David to this leadership role. He will bring all his knowledge and experience as Vice Dean at the IoPPN to make this a truly transformational development for UCL and for all those affected by mental health conditions.”

““I am honoured to have been given the opportunity to lead the new Institute of Mental Health at UCL. There is so much brilliant work going on here within the Faculty of Brain Sciences and beyond, of relevance to mental health and illness. I am excited by the prospect of bringing it together under one banner which will serve to highlight its importance nationally and internationally and facilitate even more collaboration and innovation.  “As an academic and practicing psychiatrist, I come with 30 years of know-how in research, teaching and administration from working at the Maudsley and the IoPPN at King’s where I was Professor of Cognitive Neuropsychiatry. “I am looking forward to meeting staff and stakeholders interested in mental health when I take up the role of Director in the autumn and setting out shared goals and ambitions for the next 5 years. I am also hopeful I can bring about even closer working between these two great London universities for the advancement of mental health research.”