Audience members’ hearts beat together at the theatre 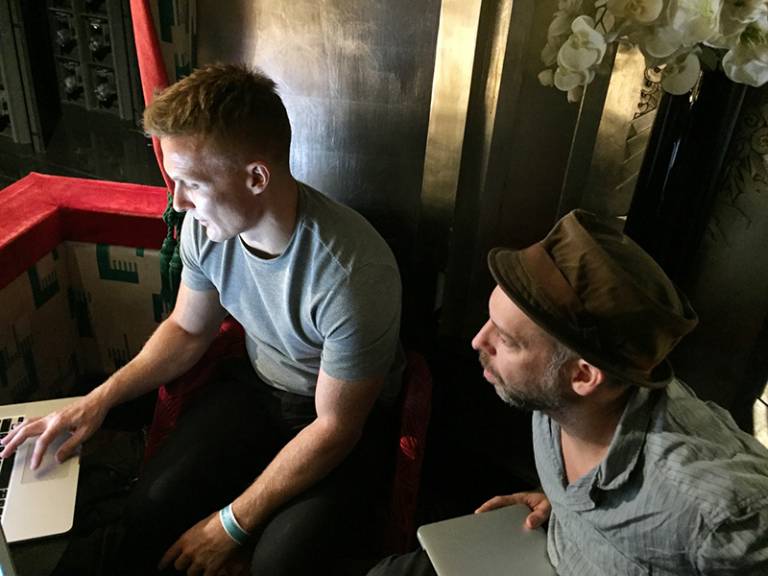 New research led by the UCL Division of Psychological and Language Sciences (PaLS) has found that watching a live theatre performance can synchronize your heartbeat with other people in audience, regardless of if you know them or not.

The research was conducted by Dr Joe Devlin, Dr Daniel C. Richardson, John Hogan (all Department of Experimental Psychology) and Dr Helen Nuttall (Lancaster University). The team monitored the heart rates and electro dermal activity of 12 audience members at a live performance of the West End musical Dreamgirls. The team found that as well as alongside individuals’ emotional responses, the audience members’ hearts were also responding in unison, with their pulses speeding up and slowing down at the same rate.

Dr Devlin, who led the study, said: “Usually, a group of individuals will each have their own heart rates and rhythms, with little relationship to each other. But romantic couples or highly effective teammates will actually synchronise their hearts so that they beat in time with each other, which in itself is astounding.”

According to Encore Tickets, 59% of people say they have felt emotionally affected by a live performance, and 46% say they enjoy the theatre experience because of the atmosphere that comes with being in the audience.

“This clearly demonstrates that the physiological synchrony observed during the performance was strong enough to overcome social group differences and engage the audience as a whole.”

This research follows the team’s previous findings, which found that experiencing a live theatre performance could stimulate your cardiovascular system to the same extent as a 28 minute workout.