Two brain systems for thinking about others’ thoughts

The brain seems to have two different systems enabling us to put ourselves in someone else’s shoes, which develop at different ages, finds a new study involving UCL. 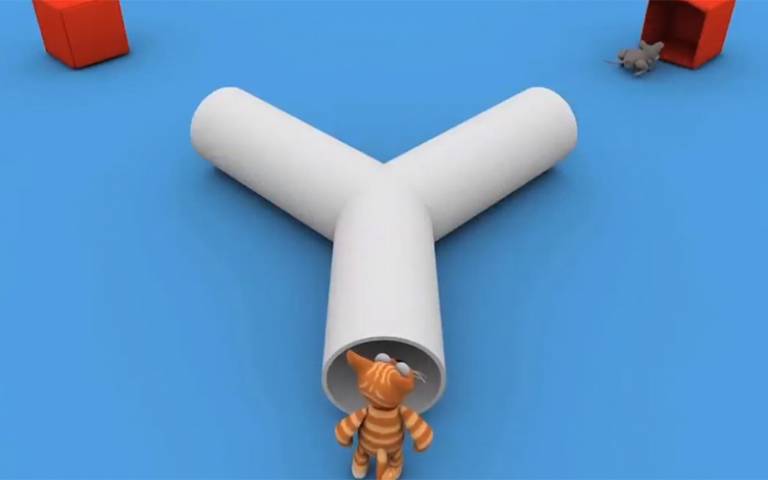 The two systems mature at different times such that only four-year-olds can understand what another person is thinking, and not, as some have assumed, one-year-olds, according to the study published in Proceedings of the National Academy of Sciences (PNAS).

"In the first three years of life, children don’t seem to fully understand yet what others think. But there already seems to be a mechanism for a basic form of perspective taking, by which very young children simply adopt the other’s view,” said the study’s senior author, Dr Nikolaus Steinbeis (UCL Psychology & Language Sciences).

Scientists at the Max Planck Institute for Human Cognitive and Brain Sciences (MPI CBS), UCL, and the Social Neuroscience Lab Berlin were seeking to resolve a debate around when children develop Theory of Mind – the ability to understand what another person thinks and how they will behave.

They found that only four-year-olds seem able to understand what others think, likely because of the maturation of a specific brain network. Younger children are already capable of predicting others’ behaviour based on what they think, but the study shows that this prediction of behaviour relies on a different brain network, which matures earlier.

The researchers were testing children aged three and four as they view videos that showed a cat chasing a mouse. The cat watches the mouse hiding in one of two boxes. When the cat is away the mouse sneaks over to the other box, unnoticed by the cat. Thus, when the cat returns it should still believe that the mouse is in the first box.

Using eye-tracking technology, the scientists analysed where study participants were looking. They found that children in both age groups expected the cat to go to the box where the mouse had originally been. That is, the children predicted correctly where the cat was going to search for the mouse based on the cat’s belief, rather than where the mouse actually was.

Interestingly, when the scientists asked the children directly where the cat will search for the mouse, instead of looking at their gaze, three-year-olds answered incorrectly. Only four-year-olds succeeded. Control conditions ensured that this was not because the younger children misunderstood the question.

By comparing the children’s responses with results of their MRI brain scans, the researchers found that different brain structures were involved in verbal reasoning about what the cat thinks, and the non-verbal predictions of how the cat is going to act. The researchers refer to these structures in the brain’s cortex as regions for implicit and explicit Theory of Mind, and found they mature at different. The supramarginal gyrus that supports non-verbal action prediction matures earlier, and is also involved in visual and emotional perspective taking.

Lead author Dr Charlotte Grosse Wiesmann from the MPI CBS in Germany, said: “This enables younger children to predict how people will act. The temporoparietal junction and precuneus through which we understand what others think – and not just what they feel and see or how they will act – develop to fulfil this function at the age of four years."