Marc-Olivier Coppens is Ramsay Memorial Professor, Vice Dean (Interdisciplinarity Innovation) at UCL Faculty of Engineering and the Founding Director of the Centre for Nature Inspired Engineering. 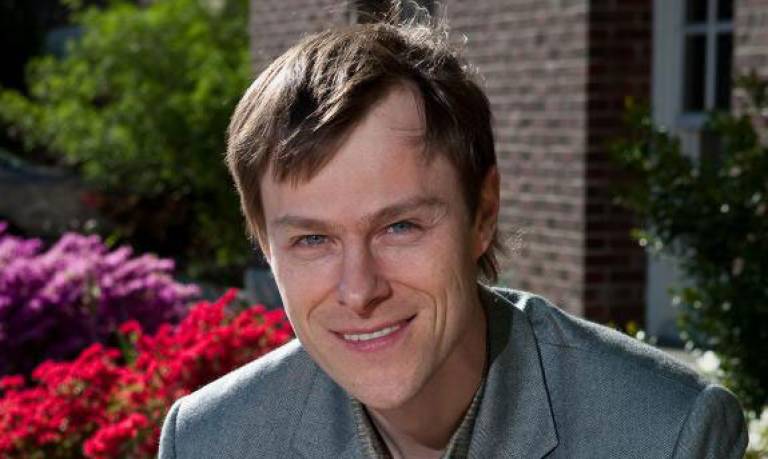 Professor Coppens holds MSc and PhD (1996) degrees in chemical engineering from the University of Ghent, Belgium, and was postdoctoral fellow at Yale and at UC Berkeley. He started his academic career at TU Delft (the Netherlands) from 1998-2006, where he became Professor in 2001 and Chair of Physical Chemistry and Molecular Thermodynamics, 2003–2006. After this, he joined Rensselaer Polytechnic Institute (USA) as a Professor in Chemical and Biological Engineering, prior to coming to UCL in 2012, where he served as the Head of Department of Chemical Engineering, before becoming Vice-Dean for Engineering (Interdisciplinarity, Innovation) in 2021 .

Professor Coppens’s multidisciplinary research combines fundamental theoretical work with experiments to address challenging problems in the areas of resource efficiency (energy, water and materials), sustainable chemical production, and health. He has developed a unique approach, called Nature-Inspired Chemical Engineering (NICE), which involves the design of efficient chemical processes and innovative products, guided by fundamental mechanisms in natural systems that underpin desirable properties, like scalability, efficiency and resilience, and the application within the context of technology. The CNIE has extended this approach across disciplines, via a thematic, systematic Nature-Inspired Solution (NIS) methodology as a driver for sustainable design and innovation.

Awards for his pioneering research on NICE include Young Chemist and PIONIER Awards from the Dutch National Science Foundation (NWO), an RSC Catalysis Science and Technology Lecture Award (Zürich, 2012), the PSRI Lectureship Award of the AIChE’s Particle Technology Forum (2017), and visiting professorships or named lectureships in the UK, USA, Norway, China and Turkey.

He is a Fellow of the IChemE (2014), AIChE (2016) and RSC (2021), and was elected Corresponding Member of the Saxon Academy of Sciences, Germany (2018). In 2017, he was appointed Qiushi Chair Professor at Zhejiang University in Hangzhou, a leading Chinese university. In 2018, he was appointed to the Scientific Council of IFP Energies Nouvelles (France), a position that was renewed in 2021.

A passionate educator, he won the Rensselaer School of Engineering Innovation in Teaching Award in 2012, and, at UCL, he has developed a new course on NICE, which he currently teaches to senior undergraduate and MSc students. In 2020, he was awarded a UCL Education Award for the Faculty of Engineering Sciences, for research-based education, in particular for the NICE module.

He is Editor-in-Chief of Chemical & Engineering Processing: Process Intensification, and serves on the Advisory Board of RSC Molecular Systems, Design & Engineering, and the Editorial Boards of Powder Technology, Current Opinion in Chemical Engineering, Diffusion Fundamentals and the EMS Journal of Fractal Geometry. He also serves on the Advisory Boards of the Chemical Engineering Department at Hong Kong University of Science and Technology and Universidad de los Andes, Colombia.