Peter Richards, Dean of St. Mary's Hospital Medical School and President of Hughes Hall, Cambridge, died on September 29th, 2011.  Amongst his many other achievements, Peter was also the 'onlie begetter' of the series of large-scale studies of medical student selection that we carried out at St. Mary's, and are still being carried on.  His contribution was at all levels, from proposing the studies in the first place, smoothing a host of minor problems, opening doors and unlocking filing cabinets, obtaining funding and writing emollient letters to grant-givers, finding cash when funding was not forthcoming, and, for our first survey, helping to staple several thousand questionnaires and sticking the letters in envelopes. Most important of all he had a vision, and realised that medical education needed, like so much else in medicine, to be evidence-based. He was always a wonderful pleasure to work with, mixing the serious with a a sense of humour and an ever-present twinkle in the eye.  Our collaboration lasted until the year of his death, a paper in BMC Medicine, on the most recent follow-up, appearing only a week or two before he died.  He will be sadly missed.

An obituary for Peter was published in the BMJ in the issue of 21st January 2012 (click here for a PDF). A longer, fuller, referenced version can be found here. 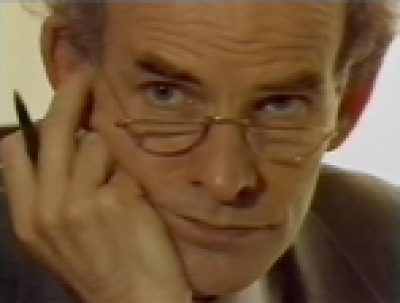 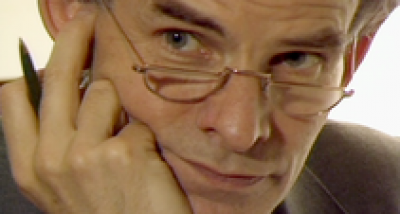 Higher quality versions of the images used in the short and long versions of the obituaries (shown to left and right) can be found by clicking on the images themselves. I am very grateful to Richard Wakeford and Susan Spindler for their help in obtaining these pictures. The images show a view of Peter, with both its intensity and its gentle questioning glint in the eye. which will be remembered by many, perhaps across an interview or committee-room table. 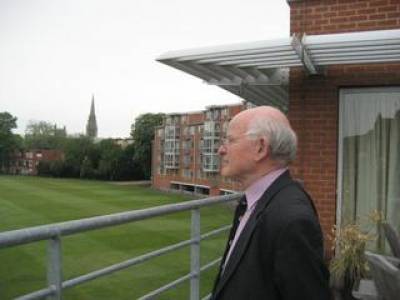 The picture above shows Peter, in May 2008, at Hughes Hall Cambridge, standing on a balcony of the Fenner's Building, which was only built because of his many efforts, looking out over the cricket ground. Click on the image for a higher quality version.