About the Pro Vice Provost (London)

As Pro Vice-Provost (London), Professor Alan Thompson leads and coordinates UCL’s activities to consolidate and advance its position as London’s global university – in, of and for London. 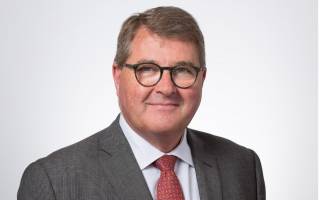 As Pro Vice Provost (London), Professor Thompson is UCL’s London champion in chief. He is the spokesperson and figurehead for UCL’s London activity who oversees, guides and connects the university’s London-focused engagement. He sets UCL’s strategic direction and priorities for London and works to raise the profile of the variety of ways in which London benefits from being home to UCL.

His role sees him engaging with policymakers, local government, creative and cultural organisations, industry, schools, colleges and HEIs, and other partners and supporters of UCL across the capital, including its 50,000 alumni based in London, in order to maximise the benefit to London of UCL’s research and translation, education, entrepreneurship and public engagement.

“My role provides a fantastic opportunity to raise the profile of UCL in London and to underline how London benefits from UCL and, in turn, how UCL benefits from being at the very heart of London. I look forward to engaging with everyone working in this space in UCL and beyond to achieve our objectives.”

In the upcoming months the Pro Vice Provost London Office will publish the London Framework, a key document setting the strategy for UCL in, of and for London.