Slave-owner in Jamaica, where he inherited the Grange estate on coming of age in 1796 (he also inherited the Kinloch estate in Scotland which reportedly his uncle John Kinloch (q.v., under John Kinlock or Kinloch) had repurchased from slave-derived wealth before his death in 1770). Radical politician, fleeing sedition charges in France 1819-1822, elected as MP for Dundee in January 1833 after the Reform Act but died two months later. He has an entry in the ODNB as 'politician' which refers to the wealth of his uncle 'as a sugar planter' but does not mention George Kinloch's own slave-ownership.

The painting of Kinloch is by Hugh Collins (1834-1896). A posthumous portrait made in 1874, it is in the Dundee Art Galleries and Museums Collection.

A statue of George Kinloch in Albert Square, Dundee in 1872, "the first statue ever erected in the streets of Dundee", commemorates him as having been "Outlawed for the Advocacy of Popular Rights". An article in the Dundee Courier on the inauguration of the monument reproduces an address George Kinloch published in June 1831 in which he stated, "I am an enemy to slavery in all its forms - to negro slavery in particular, and would vote for its gradual abolition, as early as it can be accomplished with benefit to the uninstructed negroes themselves, and with safety to the whites." While this comment may appear to be at odds with his earlier position as a slave-owner, it should be noted that slave-owners - particularly politicians campaigning for office - often expressed general anti-slavery views while qualifying their statements by describing enslaved people as not ready or educated enough yet for Emancipation and warning that changes could be dangerous for white people in the colonies. 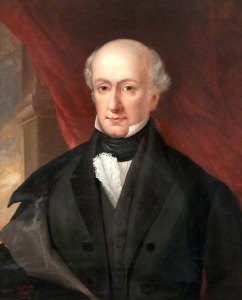