Dr Ralph Wilde launches a legal opinion on the illegality of the Israeli occupation of the Palestinian West Bank (including East Jerusalem) and Gaza: What the International Court of Justice will have to determine in its Advisory Opinion for the United Nations General Assembly. 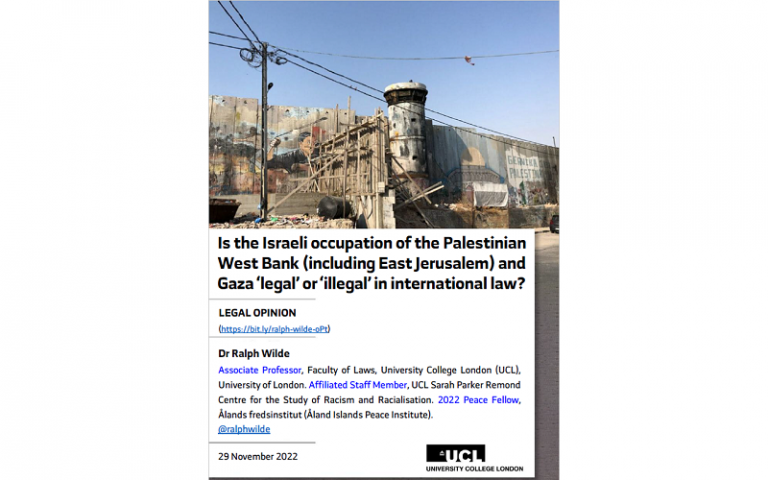 On 30 December 2022 the UN General Assembly voted to request that the International Court of Justice render an advisory opinion on the following questions:

On the same day, Dr Ralph Wilde of UCL Faculty of Laws published a Legal Opinion explaining what it means in international law to characterize the Israeli occupation of the Palestinian West Bank (including East Jerusalem) and Gaza as ‘legal’ or ‘illegal’.

The Opinion can be found here: https://bit.ly/ralph-wilde-oPt

A blog post about the Opinion, including a summary, can be found on OpinioJuris.

It is based on Dr Wilde’s academic publications:

It is also based on an Expert Opinion Dr Wilde wrote for the Swedish humanitarian NGO Diakonia, ‘Applicability of Human Rights Law in Palestine’ (2019).