At the recent EPO/EPLAW meeting in Venice, Professor Sir Robin Jacob was re-elected as President of the Intellectual Property Judges Association, the association of European patent judges. 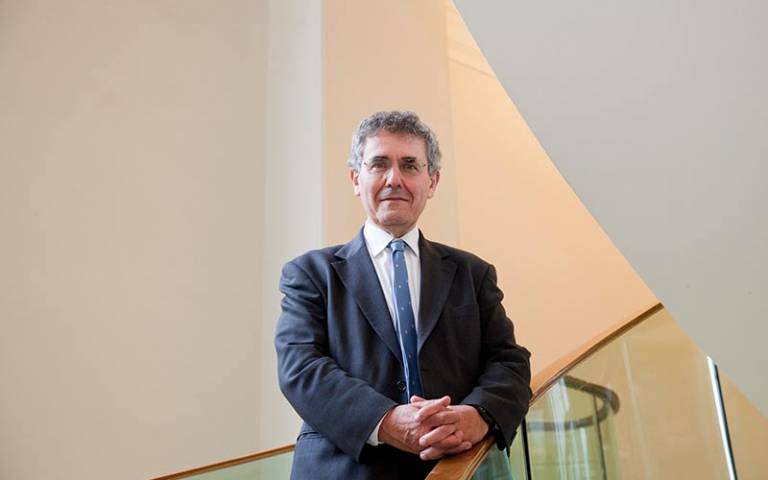 Professor Sir Robin Jacob, Sir Hugh Laddie Professor of Intellectual Property Law at UCL Laws, attended the recent European Judges’ Forum in Venice, organised by the European Patent Office (EPO) and European Patent Law Association (EPLAW). The Forum is a high-level conference for Europe’s most experienced patent judges and lawyers, and provides the opportunity to discuss the most recent developments in European patent law and court procedural practice, with the aim of advancing harmonisation of patent law and practice in Europe.

This year, the Forum focused specifically on the new Unitary Patent and Unified Patent Court (UPC), which will finally open its doors in early 2023. During the conference, Professor Sir Robin Jacob, Director of the UCL Institute of Brand and Innovation Law, was re-elected as the President of the Intellectual Property Judges Association (the association of European patent judges) for the forthcoming year, having held the position since 2016. Sir Robin chaired the Advisory Panel on the Selection and Training of Judges for the UPC until the government withdrew from the UK from the project.

The Unitary Patent and UPC was the subject of a recent IBIL conference held in London before an audience of over 100 academics, solicitors, barristers and patent attorneys. The conference featured a Patent Judges’ Panel which included UCL Laws Honorary Professors, Sir Christopher Floyd – a former Lord Justice of Appeal and external member of the Enlarged Board of Appeal of the European Patent Office, and Dr Peter Meier-Beck – former Presiding Judge of the Patent Division of the Bundesgerichtshof (German Supreme Court).

Professor Jacob was also invited to speak at the Global Series 2022 event held last month which was jointly organised by EPLAW and the US Federal Circuit Bar Association. He joined one of an expert panel which discussed the use of arbitration to resolve intellectual property (IP) disputes.

Earlier this month, Professor Jacob addressed the WIPO-WTO Colloquium for IP Teachers, an conference organised jointly by the World Intellectual Property Organization (WIPO) and the World Trade Organization (WTO) for university teachers of intellectual property (IP) law from developing countries and countries with economies in transition.