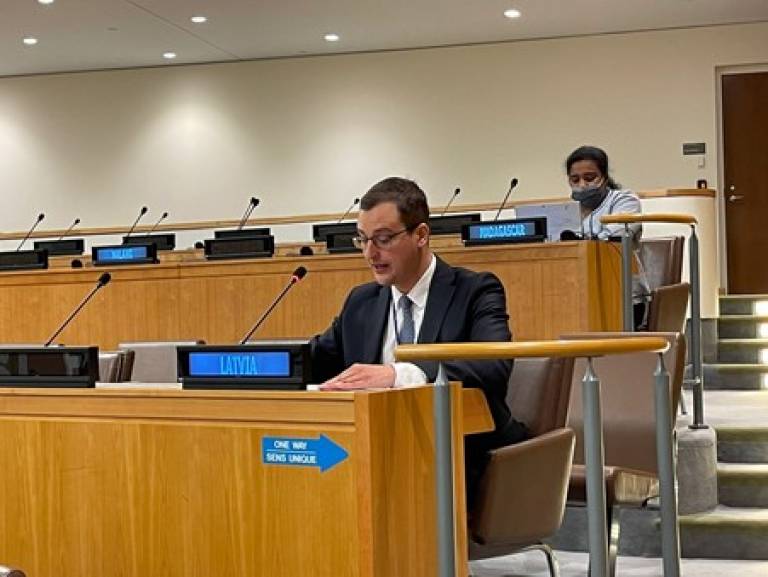 Dr Martins Paparinskis, Reader in Public International Law at UCL Laws, has been nominated for election to the United Nations (UN) International Law Commission (ILC) by the three Baltic States: Latvia, Estonia, and Lithuania. If elected, he would be the first member of the ILC from the Baltic States. The election will take place in the UN General Assembly this Friday, on 12 November.

On 8 October, Dr Paparinskis delivered the statement on behalf of the Baltic States on the rule of law at the national and international levels at the UN General Assembly’s Sixth Committee (photo above). As summarised in the UN press release, among other things ‘[h]e called on Member States to consider accepting the compulsory jurisdiction of the International Court of Justice and to ratify the Rome Statute’ (full statement; recording 02:35). On 25 October, Dr Paparinskis delivered another statement on behalf of the Baltic States (photo below), this time regarding Cluster I of the ILC Report 2021 and in particular regarding protection of atmosphere, provisional application of treaties, and the possible new topic of subsidiary means for the determination of rules of international law (press release; full statement; recording 01:23). 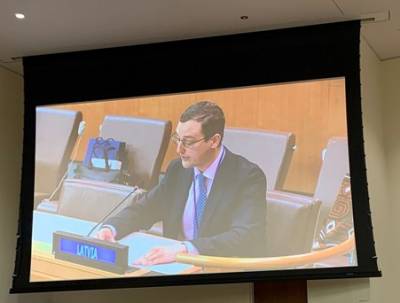 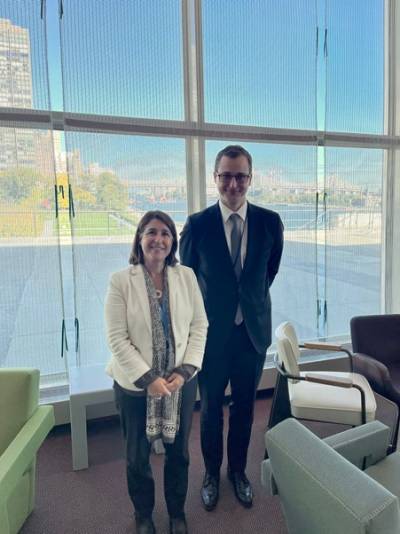 Dr Paparinskis with Professor Patrícia Galvão Teles, Chairperson of the Drafting Committee of the ILC and co-chair of the Study Group on Sea-level Rise in Relation to International Law 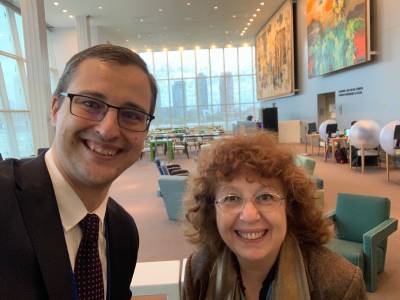 Dr Paparinskis with Dr Nilufer Oral, co-chair of the Study Group on Sea-level Rise in Relation to International Law 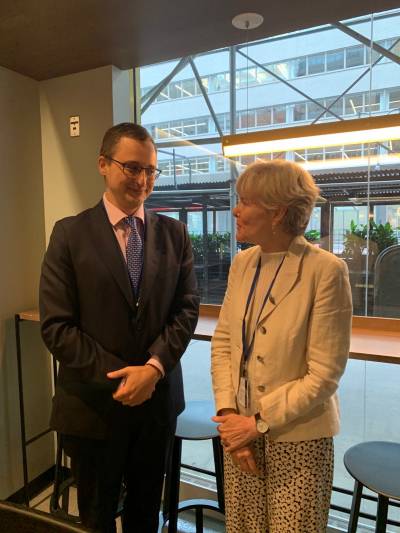