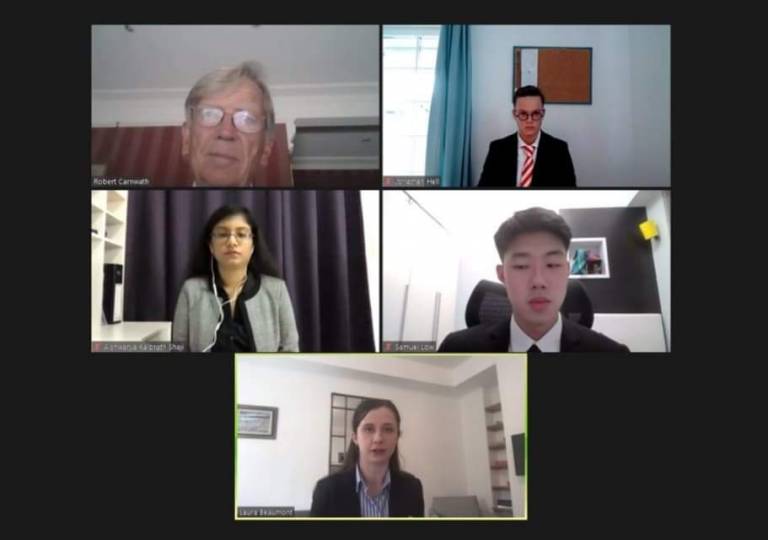 The moot problem was written by Dr Mark Dsouza, Associate Professor at UCL Laws, on the subject matter of gross negligence manslaughter.

110 initial participants, including the finalists, participated in the competition. Despite having absolutely no prior mooting experience, the finalists’ performances in the concluding round clearly evidenced the level of development that the competition has been able to bring along. They persuasively presented their arguments on the particularly challenging aspect of law and dealt with fierce judicial interventions in a calm and effective manner.

Before the finals, the finalists had progressed through seven rounds of contract, property and criminal law moot problems of the competition, which had been running since October 2019. Prior to this round, the semi-final was judged by two Herbert Smith Freehills representatives, both of whom had extensive mooting experience themselves, and advised the competitors.

The event also marked UCL Law Society’s successful transition from paper to paperless moots - adapting mooting competitions to accommodate the era of digitalisation and honouring the growing necessity of sustainability. It was thus especially fitting to have Lord Carnwath judge the competition, as a prominent figure in developing laws in areas of on environment and sustainability.