Dr Martins Paparinskis gave a series of talks on international law in Colombia, including at the Constitutional Court. 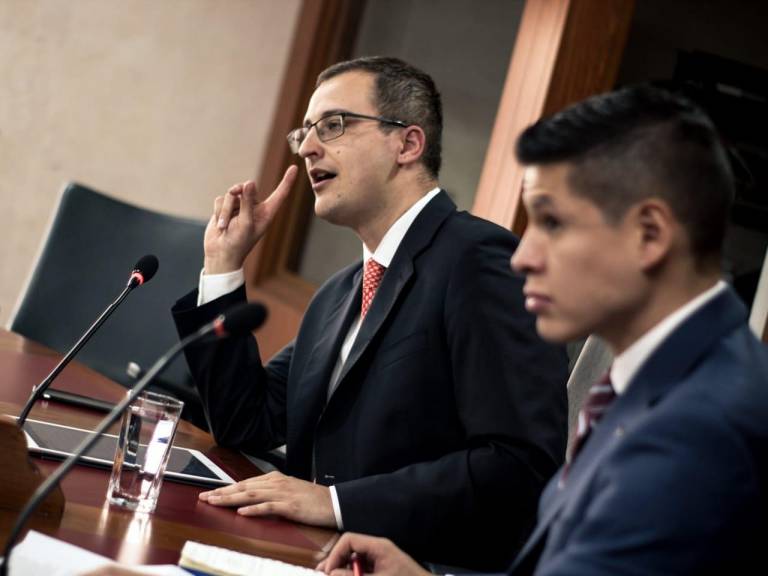 Dr Martins Paparinskis, Reader in Public International Law at UCL Laws, gave a series of talks on public international law in Colombia at the end of February.

On 24 February, Dr Paparinskis gave a talk on ‘International Investment Law and Domestic Courts’ at the Constitutional Court of Colombia, which had cited his writings in the last year’s judgment C-252/19. The talk was chaired by Diego Andrés González Medina, an assistant Justice (photo above), and attended by Justice Alejandro Linares (photo below), who had also referred to Dr Paparinskis’ work in his dissenting opinion in C-252/19 (photos by: Julian Felipe Gutiérrez). 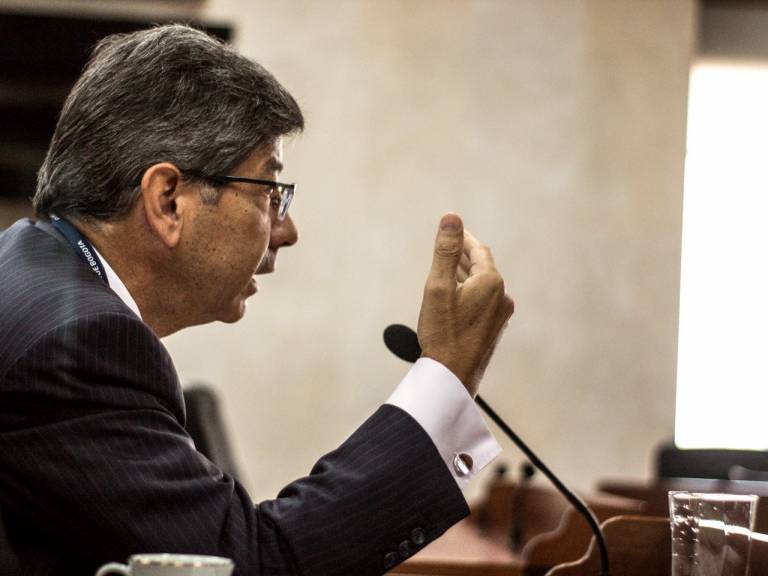 On 25 February, Dr Paparinskis gave a talk on ‘Contemporary Developments in International Investment Arbitration’ at the State Attorney Office (Agencia Nacional de Defensa Jurídica del Estado), which leads the legal defence of Colombia in international disputes, including investor-State arbitration. The talk was chaired by Ana María Ordoñez Puentes, the Director of the International Litigation Department of the Office.

On 26 February, he participated in the panel discussion with Ambassador Juan José Quintana on ‘Jurisdiction of the ICJ: Calibrating the Scope of Consent’ at the Diplomatic Academy of the Ministry of Foreign Affairs, chaired by Eduardo Valencia-Ospina. Later on the same day, Dr Paparinskis discussed ‘International Law of Investment and Peace Agreements: Analysis of the Colombian Case’ at the Special Jurisdiction for Peace (Jurisdicción Especial para la Paz) with René Urueña of Los Andes University.