LLB students Nicole Pearson and Ming Hao Tay, who will begin their third year at UCL Laws in September 2020, were named as finalists in the annual competition aimed at finding the best undergraduates in the UK. 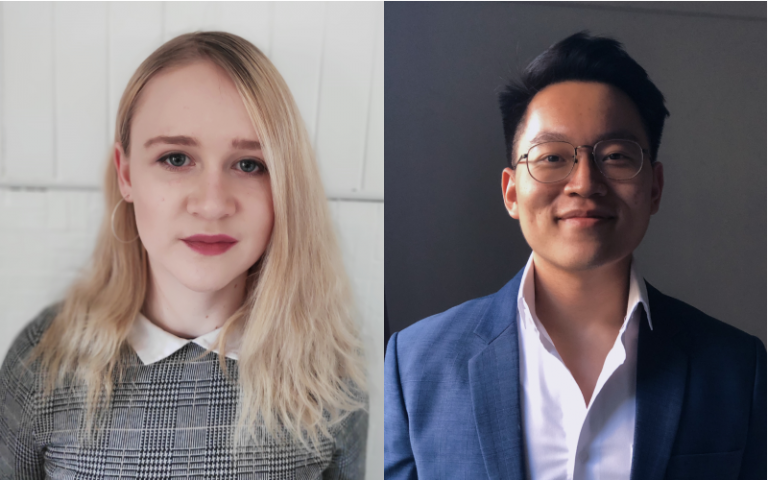 The TARGETjobs Undergraduate of the Year Awards is a competition open to students across the UK where they can win prizes such as placements and internships. Each award is partnered by a prominent graduate recruiter and this year, there were 13 different awards covering a range of academic subjects and skillsets.

Nicole Pearson has been named as a finalist for The Undergraduate of the Year Award for Impactful Social Action 2020 with Clifford Chance. She said: “I’m delighted to have been selected as a finalist, especially alongside such talented and driven individuals! I applied on the basis of my social impact project “The Hate Crime Unit”, which aims to raise awareness about the importance of reporting hate crimes and ensure local communities have the tools to support victims in making a report. Although intimidating, having the opportunity to pitch and discuss my project with a partner was an extremely valuable experience - and being selected as a finalist has given me the confidence and determination to drive my project forward!”

Ming Hao Tay has been named as a finalist for The Future Lawyer of the Year Award 2020 with Allen & Overy. He commented: “I am delighted to be nominated as a finalist for this Award. I see this as testament to the strong networks of support my peers and the staff at UCL Laws have provided. Thanks to them, finding my feet in London as an international student was made much easier and I am grateful for that. In my final year, I look forward to paying it forward and working hard to give back to the students and staff of the Faculty.”

To make it to the final of the Undergraduate of the Year Awards, students had to complete an application which included essay style questions and online tests. If successful, students were either invited to a telephone interview or take part in an assessment centre. This year’s final will be held virtually on 4 September and will be hosted by Rachel Riley.