The UCL student chapter of the global Legal Hackers network held a panel discussion on smart contracts and their potential impact. 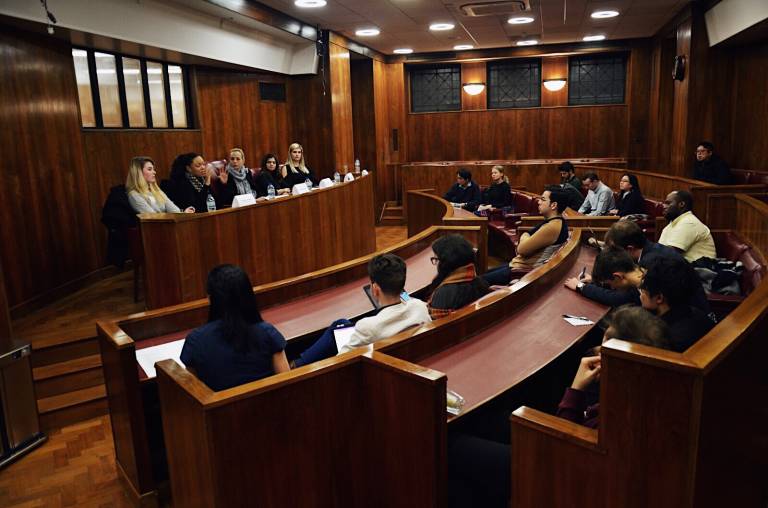 On Wednesday 20th of March 2019, UCL Legal Hackers (the UCL student chapter of the global Legal Hackers network) held their inaugural panel event. Students had the opportunity to learn about the legal issues surrounding smart contracts and their possible impact on the legal field from leading women in their respective fields.

The panel was chaired by the UCL Laws’ Dr Anna Donovan, who provided an introduction to the concept of smart contracts, and discussed the legal challenges they raise. She also talked briefly about her work with the BSI, which is developing a publicly available specification for smart legal contracts. Dr Donovan highlighted some interesting questions about the regulation, interpretation and certainty of such contracts.

Also speaking at the event was Amy Kennedy from Gibson Dunn, who offered an interesting perspective on how the progress with smart contracts and blockchain technology is closely tied to the client demand. She explained that firms need to keep up with new technologies in order to survive in the competitive environment, both internally and externally. Sophie Davies, a trainee at the firm, spoke about the technology training trainees receive and how the increased automatisation allows the lawyers to focus on the substantive legal work.

Lauren Holland then wrapped up the panel discussion with her insights as a senior paralegal at tlamParalegals, which has elected to proactively invest in innovative technologies in advance of the client demand. She pointed out that the smaller firms can have more leeway than large multinational firms to be creative and focus on R&D.

The presentations were followed by a lively and open debate with the audience, after which the attendees had the opportunity to network with the speakers over drinks and canapés.