On Thursday 14 March, four experienced mooting competitors from UCL Laws fought it out for the title of Senior Mooting Competition Winner 2018-19. 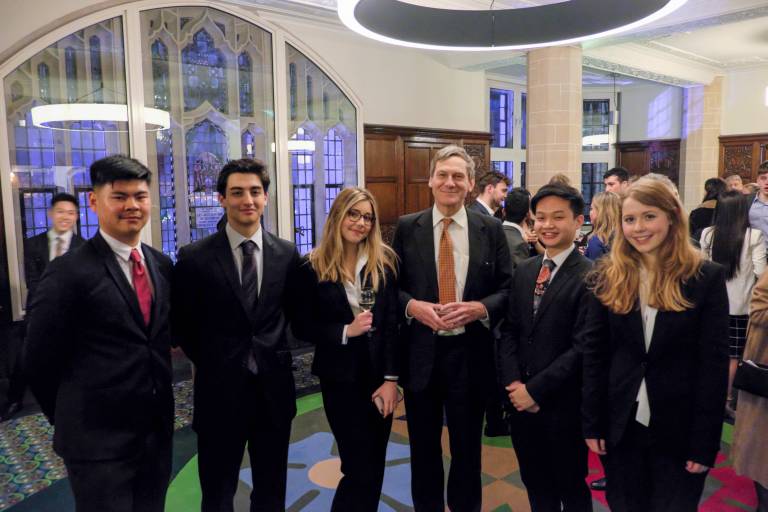 Before Lord Justice of Appeal, Sir George Leggatt, Ms. Barragan opened the case with her characteristically upbeat and conversational, but firm, mooting style. Mr. Dougenis followed with determined and vigorous submissions. Mr. Leong presented his arguments with his articulate, analytic and calm demeanour, later responding to Ms. Tucker’s submissions with rigour. Ms. Tucker rose to the challenge of responding to her counterpart’s arguments and came out fighting towards the end of her speech after a bruising judicial questioning.

After an intense one-and-a-half hours of legal argumentation, Marc Xavier Leong emerged as the victor, praised by Lord Justice Leggatt for his excellent pace and persuasive submissions.

It was also noted by the Lord Justice that the mooters outperformed some of the barristers he had presided over in actual court cases.

The Law Society and UCL Laws are grateful to Lord Justice Leggatt for giving up his time to judge the moot.

The Law Society thanks the Finalists for the their efforts in reaching the last round of the competition, and to Slaughter and May for sponsoring the event.

Thanks is also due to the Senior Moots Officer of UCL Law Society, Niam Manansala, for organising the event; the Dean of UCL Laws, Professor Piet Eeckhout; and the student court clerk, Robert Shu, for their contributions to making this Grand Final happen.

Congratulations to Marc Xavier Leong for his well-earned victory! 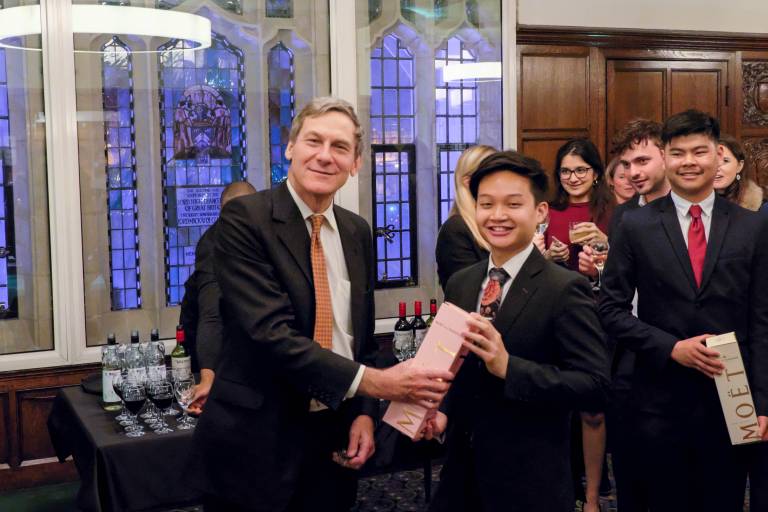