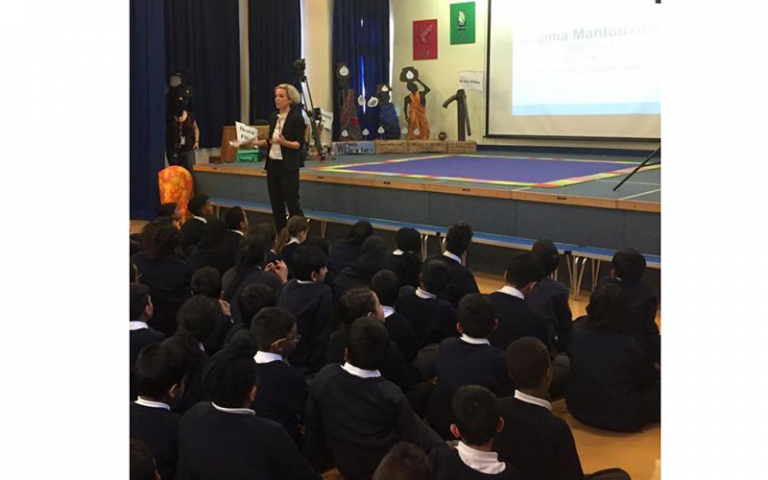 On Thursday the 14th of March, Professor Virginia Mantouvalou, Professor of Human Rights and Labour Law at UCL Laws, visited the Yeading Junior School in West London to talk to 9-12 year old children about Child Labour and Modern Slavery in the context of CNN’s #MyFreedomDay, an annual student driven awareness day.

On #MyFreedomDay, CNN International has correspondents live at schools from across the world profiling how they are changing the world by taking action on the issue of child slavery, as well as sharing what freedom means to them. The event was co-ordinated by WE, a global charity working to end child labour.

Professor Mantouvalou said: ‘The children explored the concept of child labour in activities throughout the day, and I was delighted to be able to talk to over 300 of them on child labour and child slavery, and what they can do about it. The children asked me very difficult questions on this challenging global problem. I look forward to returning to this school.'

CNN reported from many schools around the world during the day, and Yeading Junior School featured in the programme.