UCL is delighted to announce the appointment of Victor Chu as its next Chair of Council. 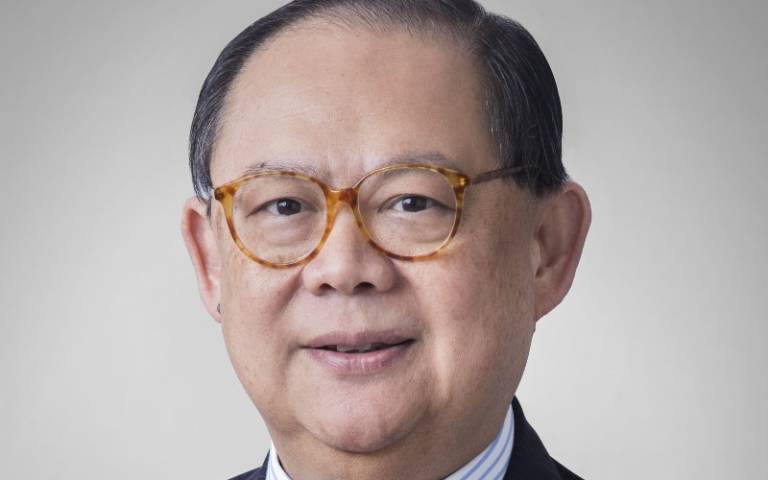 UCL Laws graduate and distinguished international business leader Victor Chu has been involved in UCL’s global alumni community since he graduated in 1979 with an LLB degree, acting as a valuable advisor and advocate for the university and playing a foundational role in UCL’s thriving Hong Kong alumni community.

He led the establishment of a programme of scholarships to support students from Hong Kong to study at UCL and has hosted a range of outreaching and development events on the university’s behalf. He has previously served as a member of Council and, in 2011, was elected an Honorary Fellow of UCL, the highest honour that the university can bestow, in recognition of his outstanding lifelong commitment to UCL.

After graduating, Mr Chu practised as a lawyer in London and Asia, going on to found one of Hong Kong’s leading law firms. In 1988 he created the First Eastern Investment Group, a Hong Kong-based international investment firm, of which he remains Chairman and CEO. He has built a high reputation within the global business community, and is active in institutions including the World Economic Forum, the Royal Institute of International Affairs and the Atlantic Council of the USA.

As UCL’s governing body, the Council oversees the management and administration of UCL and the conduct of its affairs, subject to the advice of the Academic Board on matters of academic policy. Council approves UCL’s mission and strategic vision and its long-term academic and business plans.

Dame DeAnne Julius will be stepping down from the role of Chair of the UCL Council after serving a five year term of office, which has seen the transformation of the UCL estate, culminating in the opening of the new Student Centre in February 2019. The past five years have also seen UCL secure its position as one of the world’s top universities and achieve financial sustainability at a turbulent time for university finances in England.

Commenting on his appointment, Mr Chu said: “I am delighted, and indeed greatly honoured, to be afforded an opportunity to serve my alma mater. UCL was founded nearly 200 years ago on a progressive vision of innovation, inclusion and diversity. These values are all the more relevant today in our globally inter-connected world.

“It is a privilege to follow the footsteps of Dame DeAnne and I look forward very much to working closely with Professor Arthur and his team, Council members and colleagues representing different stakeholders. UCL is a great institution going from strength to strength towards our bicentenary.”

Dame DeAnne Julius said: “This is a terrific appointment for UCL. Victor is an internationally respected figure with wide experience of governance and leadership at the highest level. His expertise and wisdom, coupled with a lifetime of dedication to UCL, makes him ideal for this role and I am delighted that he will succeed me.”

Professor Michael Arthur, UCL President & Provost, said: “UCL is a global university and we prepare our students to be global citizens. Victor exemplifies that value of internationalism. He is an alumnus who we have always been very proud of - globally concerned, globally active and globally respected. He has been a staunch friend to UCL ever since he graduated, and we are tremendously lucky that he has agreed to take up this key governance role."