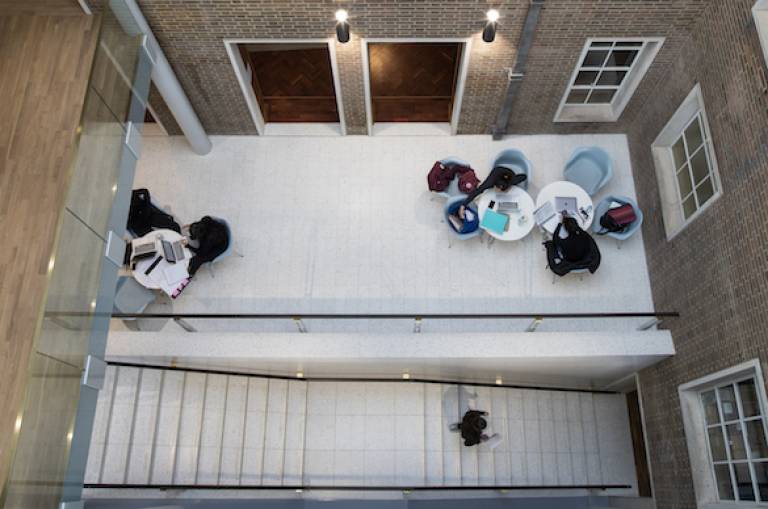 The Modern Law Review is a leading law journal internationally, and these prestigious scholarships are awarded by annual competition based on nominations submitted by the head of department of the University in which the applicant is, or will be, registered as a research student.

Their research topics are:

Aleisha’s research focuses on gender equality and legislative attempts to eradicate Gender Based Violence in post-conflict countries during periods of Transitional Justice.

Aleisha’s research, which has an empirical component, critically considers the adequacy of the criminal justice system and international human rights law to address Gender Based Violence when such violence is conceptualised as a violation of fundamental rights, as recognised within both legal frameworks.

In this regard, Tunisia’s recent gender equality legislation serves as a case study within the context of the post-Arab Spring era.

Alexandra's research seeks to motivate and develop a novel theory of legal obligation as a species of genuinely relational moral obligation.

Legal obligations, on the view Alexandra defends, are moral obligations that flow from the value of a special moral relationship that holds between state and subject. She will motivate this account of legal obligation on the basis of its ability to offer a theoretically and morally attractive account of the practice of accountability as it figures in the legal domain.

Ashleigh's research examines the constitutional treatment of religious freedom in Canadian law. In particular, her research focuses on the ways in which courts use the concept of harm to negotiate the boundaries of religious freedom and to settle conflicts with other rights and social goals. Her research critically examines what ‘counts’ as harm in these cases and the normative, analytical and jurisdictional work it does.

Ashleigh argues that as harm is a reflexive and enduring feature of religious freedom cases, it is all the more vital that courts use it carefully, critically and justly.

"We are delighted that the Modern Law Review recognised the excellence of our PhD researchers, Aleisha Ebrahimi Tsamis, Alexandra Hearne and Ashleigh Keall. The support of the MLR is invaluable to them, and the Law Faculty would like to congratulate them for this achievement."