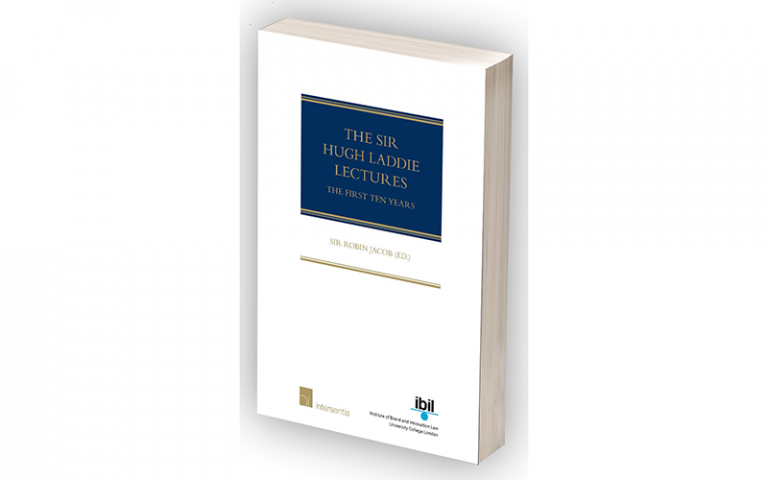 Commenting on the imminent publication, Sir Robin noted how few would dispute that this IBIL lecture series has made a valuable contribution to IP discourse. Since 2009, leading experts from around the world have analysed some of the most pressing issues across the field of intellectual property law. ‘Although IBIL has always made recordings of the lectures available, I felt that publication of the transcripts as a book would make the contents more readily accessible to a wider audience. The book will allow readers to draw upon what may have been a previously untapped resource.’

This year's Sir Hugh Laddie Lecture is on the topic 'No cats and no doctrine of equivalence?', and will be delivered by Willem Hoyng (Hoyng Rokh Monegier) and chaired by Professor Sir Robin Jacob. The lecture raises two questions: 1) To what extent are angora cats undesirable; and 2) is the doctrine of equivalence a useful tool to establish the extent of protection?

The public lecture series, beginning in 2009, is organised by the Institute of Brand and Innovation Law (IBIL) at UCL Faculty of Laws in honour of IBIL’s founder – Professor Sir Hugh Laddie.

Find out more about The Sir Hugh Laddie Lectures: The First Ten Years.