The speech marked the opening of a two-day conference an international conference in Hong Kong organised by The Law and Technology Center at the University of Hong Kong Faculty of Law and the Engelberg Center on Innovation Law & Policy at New York University School of Law. 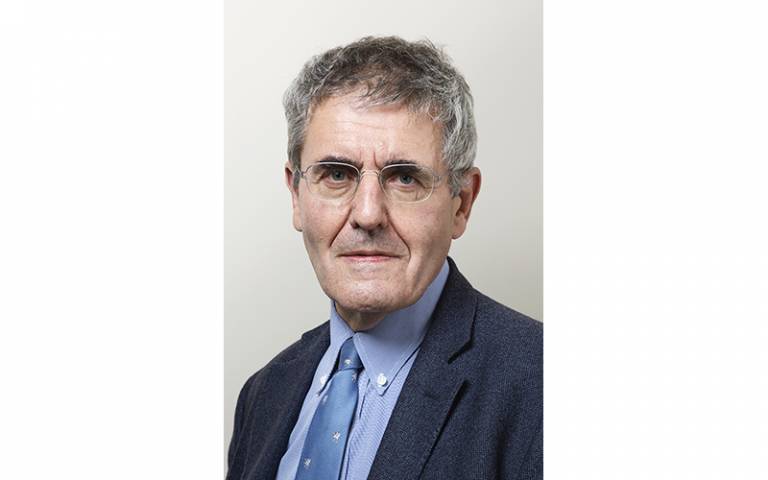 Professor Sir Robin Jacob, Chair of Intellectual Property Law at UCL Faculty of Laws, was invited to provide the opening keynote speech at an international conference held at the University of Hong Kong on 7-8th January.

The conference brought together leading trade mark scholars from around the world to explore the nature and scope of limitations placed upon trade mark rights from comparative and interdisciplinary perspectives.

In his talk, Professor Jacob noted the deep unease amongst trade mark scholars about where trade mark law has reached and where it is going. “A long time ago in what now seem a galaxy far far away, registered trade marks had a rational and constrained scope for denoting the trade origin of goods, so that people could rely upon them to get what they wanted. No more, no less.” Using well-known examples, his talk identified instances of trade marks’ broadening scope. While in 1934, in Irving’s Yeast-Vite v Horsenail 51 RPC 110, the House of Lords thwarted Irving’s attempt to use its YEAST-VITE registration to prevent a comparative advert, this decision was soon subject to a statutory reversal by the 1938 Trade Marks Act, since the Goschen Committee was persuaded that such honest comparative advertising was ‘unfair’.

Similarly, for a long time the statutory definition of a trade mark was confined to: “a device, brand, heading, label, ticket, name, signature, word, letter, numeral, or any combination thereof; ...” The idea that shape, colours, scents or sounds might be protectable as a trade mark was so fanciful that it never even entered anyone’s mind. As late as 1986, Lord Templeman was scathing at the very idea that Coca-Cola might register its bottle shape: “It is not sufficient for the Coca-Cola bottle to be distinctive. The Coca-Cola Co must succeed in the startling proposition that a bottle is a trade mark.” Now, trade mark law places very few constraints on which ‘signs’ may be registerable marks.

Equally, applicants no longer expressly require any intent to use the mark for the goods or services specified resulting in expansive, speculative registrations. Adopting the theories of dilution and unfair advantage, and trade mark infringement might arise from use of any similar mark, irrespective of whether the use is on goods or services which are the same, similar or dissimilar. Professor Jacob labelled the results as “chaos” including “permanent monopolies in some designs … effective suppression of an honest trade in copies of high priced perfumes – and by extension other non-deceptive copies or replicas of well-known products.”

Trade mark rights continue to expand. Referring to Case C-129/17 Mitsubishi v Duma [2018] ETMR 37, Professor Jacob reported that the CJEU has recently held that trade mark infringement may arise without any use of the registered trade mark at all, since de-branding a fork-lift truck before it is placed on the EEA market for the first time apparently “undermines the essential function of the trade mark.”

Trade mark limitations matter because the wider the scope that trade marks enjoy, the more likely it is that new exceptions will be needed and existing defences will need to become stronger. However, Sir Robin was somewhat sceptical that defences would have any real effect. ‘[T]he record of shows that courts have largely ignored or restricted exceptions in the past.’ Equally, while competition authorities and competition policy makers ‘show great interest in the patent system – wanting to restrict or destroy patent rights. They ignore entirely the great growth in … trade marks and copyright. I do not understand why.’ Ultimately, Professor Jacob called for more drastic measures. ‘[T] the time has come to have a proper debate about trade marks – an open diplomatic conference is what is wanted, not behind the scenes lobbying of lawmakers by powerful interests.

Find out more about the conference here: https://www.lawtech.hk/trademark/?page_id=13.