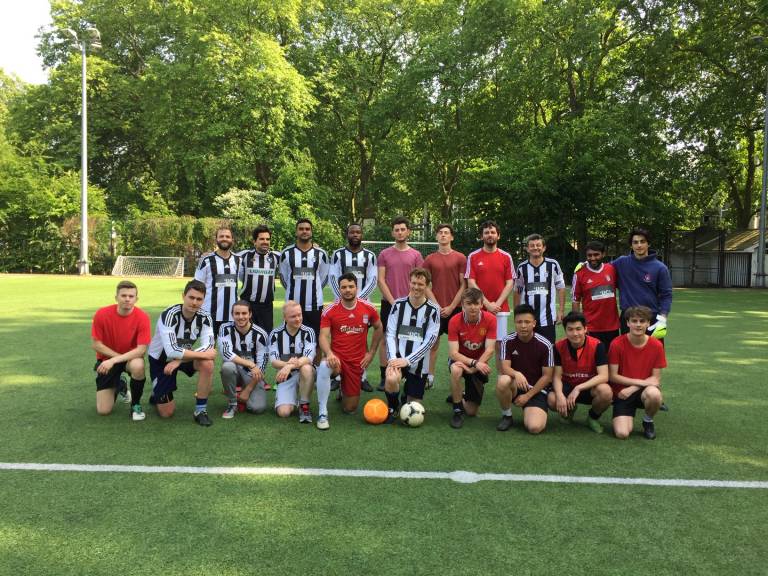 The UCL Laws team is drawn from all areas of the Faculty and its members include LLB and LLM students, PhD students, Faculty members and teaching fellows, and professional services staff.

The lunchtime league pits the team chiefly against local companies and the win, the first of the season, was a reward for the team’s persistence, as well as for the skills of legal argument employed in gaining an important first-half penalty. Henry Balogun had been responsible for converting that, as well as grabbing an earlier goal, and Botond Pinter added a spectacular long-range finish to a flowing move. Georgios Dougenis performed heroics in goal, and the defence was ably marshalled by Tomas Wolff and Martin Fischer, whilst Tim Causer, James Mainwaring, Cesar Pion Botero and Ben McFarlane controlled the wings and Halldor Thorsteinsson wreaked some havoc up front.

Photo: Bentham Academicals team from a match with students in May 2018.