The launch marked the publication of a new book which brings together leading scholars in law and philosophy from around the world to examine the philosophical foundations of labour law. 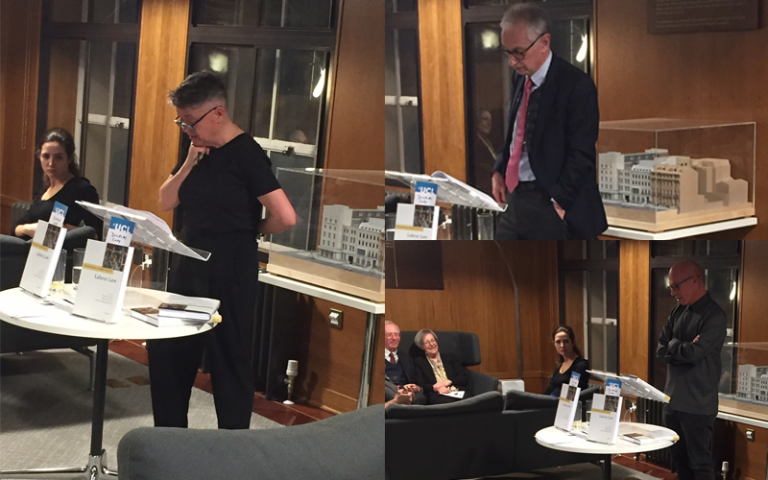 The event was introduced by Professor Dame Hazel Genn (Professor of Socio-Legal Studies at UCL Laws). The introductory remarks were followed by thoughtful and engaging speeches by Professor Keith Ewing (King's College London), Professor Guy Mundlak (Tel Aviv University/UCL) and Karon Monaghan QC (Matrix Chambers/UCL). It was attended by a diverse audience, including contributors, colleagues, students, and others. The book is based on the 2016 Bentham House Conference, hosted at UCL Laws and supported by UCL and the Modern Law Review.

"We are delighted to have completed this long journey on the philosophical foundations of labour law project, which we started planning in 2014. We wouldn’t have been able to do it without the constant and generous support of the UCL Faculty of Laws, and we are very grateful for that."

You can read the full speech delivered by Karon Monaghan QC on the UK Labour Law Blog.