Intrigue: The Ratline, a 10 part podcast broadcast on BBC Radio 4, will tell the story of the curious death of senior Austrian Nazi Otto von Wächter. The Ratline is an investigation into Otto von Wächter, a senior Austrian Nazi indicted for mass murder, who escaped justice after the war. Over ten episodes, Professor Sands uncovers remarkable new evidence around the course of events leading up to Otto von Wächter’s unexpected death in 1949. Joined by Wächter’s son Horst, Sands embarks on a journey that goes right to the heart of ‘the ratlines’, the post-war Nazi escape route out of Europe, and tries to discover the circumstances of Otto’s death in Rome.

The Ratline, available to listen from 18th September, is a story of life and love, murder, denial and a curious death.

The podcast explores the passionate relationship between Otto and his wife Charlotte, through their secret private correspondence, read in the series by Stephen Fry and Laura Linney. We gain insights on ‘the ratlines’ and the enigmas that surround them from a host of contributors including Nazi hunters working for the US government, and from the world's best-known spy writer.

The podcast was launched at an event held at the BBC Radio Theatre yesterday evening. It featured a discussion with Professor Sands and Stephen Fry, followed by an audience Q&A session.

“I first came across Otto Wächter while researching East West Street, and could never quite get him out of my head. His son Horst has been hugely generous in giving access to a unique family archive and the opportunity to explore this in audio for Radio 4 was irresistibly exciting and replete with unexpected discoveries. Making a radio series - a first for me - is entirely different from writing a book, not least for the magic of introducing the human voice directly into the storytelling, a different and exciting way of opening up the audience’s imagination.”

“The Ratline is a story that has it all: a mysterious death, political intrigue, spies, Nazi hunters, dark forces within the Vatican, a castle in Hagenberg and a son grappling with the sins of his father.  We are thrilled Philippe Sands chose to bring this story to us, and, through painstaking research, recordings and sound design, we have entered a complex, fascinating universe where love and denial, those two most powerful of human emotions, drive the action. It also reminds us that this period in history still harbours extraordinary secrets and stories.”

The Ratline is part of the Intrigue strand. Each series tells the story of an unexpected death which pulls back the curtain on how the world works.

Philippe Sands QC is a barrister and writer. He acts as counsel before international courts, and sits as an arbitrator. He is the author of Lawless World and Torture Team, of academic books on international law, and contributes to the Guardian, the Financial Times, the New York Review of Books and Vanity Fair.

His latest book East West Street: On the Origins of Crimes Against Humanity and Genocide was the winner of the 2016 Baillie Gifford Prize,  2017 British Book Awards Non-Fiction Book of the Year and 2018 Prix Montaigne. It was accompanied by a BBC Storyville film, My Nazi Legacy: What Our Fathers Did. 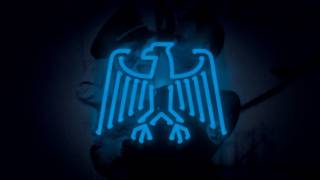 Listen to Intrigue: The Ratline