The well-attended lecture was delivered by His Honour Michael Fysh QC, SC 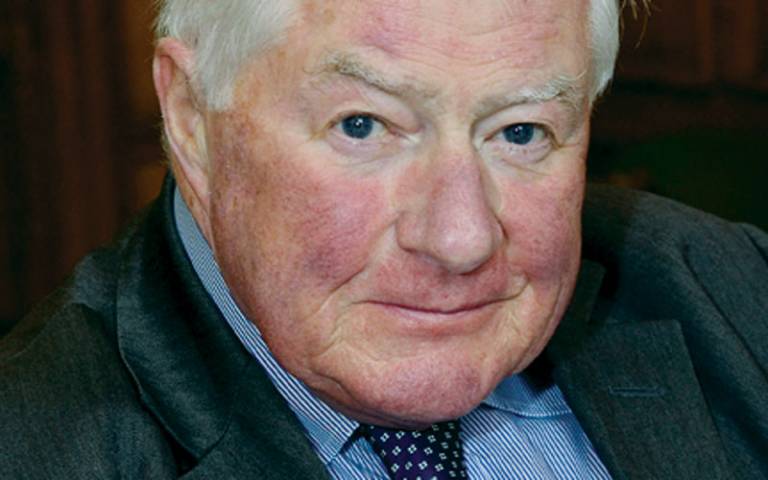 Rather than speculating on recent developments in the field of IP or commenting on recent case law, the second judge of the former Patents County Court spoke engagingly of his own experiences: good, bad and neutral, over fifty years as an IP practitioner.

Having explained that the talk - 'A defence of my life' - could be sub-titled: 'How things have changed', the story tracked the speaker's time from a disappointed organic chemist at Oxford, to the day Mr Laddie arrived in Chambers as a pupil and to his near demise in the Caribbean at the hands of the Mafia. The talk managed to weave together seamlessly topics as far-ranging as toothpaste, elephant steeple chases, peanuts in hats and explosive devices, as well as offering a viewpoint on the value of ADR and file wrappers in IP disputes.

A recording of the talk is available to view here.