The event, open to UCL staff and students, will take place next Wednesday, 27th June 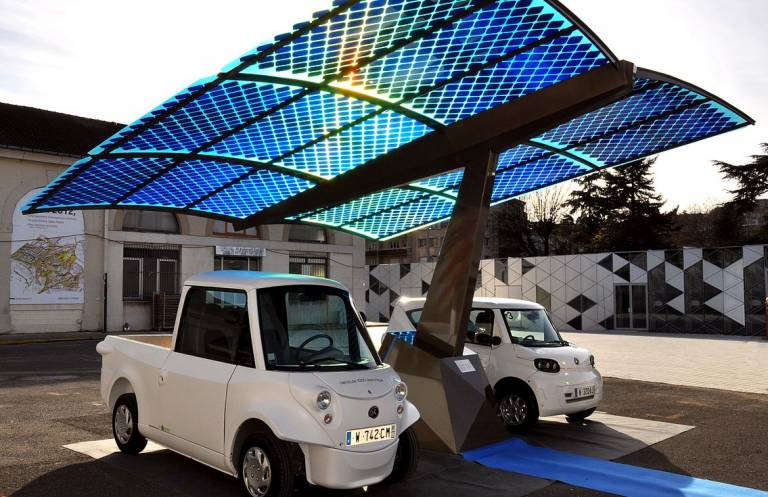 Students and staff are invited to a lunchtime lecture taking place next Wednesday, 27th June from 13:00 - 14:00 in Jevons, Central House. UCL staff and students interested in attending the event should contact michael.fell@ucl.ac.uk

Blanche Lormeteau is a post-doctoral researcher on the project ‘Local governance of distributed energy: electricity self-consumption and regulated storage’ at UBS Lab-LEX, the centre for legal research, University of South Brittany (UBS). The project is supported by the Department of Energies of Morbihan, ADEME (France’s Environment and Energy Management Agency), Schneider Electric and Keynergie.

Dr Lormeteau is also a researcher on a number of projects led by Professor Torre-Schaub including Climate Change Law Studies and Green Pathways of Transition. In this role, she is currently co-organising the Franco-American study day ‘Climate Change and Responsibility: Which Norms’ under Prof Torre Schaub’s direction. Dr Lormeteau has a PhD in Law from Nantes university and her research focuses on the relationship between law, energy transitions and climate justice. She has published peer-reviewed articles on law and energy transitions and has been a member of a number of scientific committees, including at COP 23, where she co-organised the side event panel ‘Climate Justice and societies in transition: what future in the Paris Agreement’.  She is a committee member of the international network Law and Climate Change.