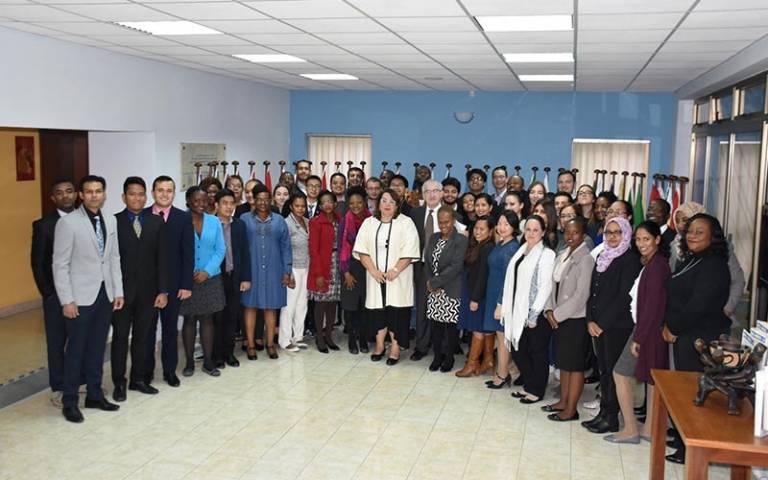 In her lecture, Professor Xanthaki began by emphasising that legislation drafting must not be treated as a science with natural laws that lead to what can be considered as good and quality legislation. Rather, she declared that it is a liberal discipline where theoretical principles guide the drafter to conscious decisions, made in a series of subjective empirical and concrete choices.

There are standards of quality but these values are not rigid rules. Be that as it may, core principles remain: the proposed legislation’s ability to lead to efficacy of regulation is a primary metric in gauging whether the said legislation is of good quality. This view of quality legislation is favourable as it is broad enough to be applied to different jurisdictions with varying and diverse legal systems, issues and needs.

Professor Xanthaki further discussed the Standards for Legislation by explaining the three main types of rules: rules concerning the substance of the legislative text, rules relating to the legislative process, and rules relevant to technical drafting issues.

She emphasised that the drafters must be mindful of the basic principles to ensure quality in legislation such as, the proportionality of the legislation to the aim that the administration wishes to achieve and at the same time, consistent with existing legislation. Impact and cost analysis of draft laws may be done to accomplish this objective.

Professor Xanthaki also argued that the drafting process must be transparent, carefully planned and coordinated. She also reminded the students that the legislation must always be drafted in clear, unambiguous and simple language.

The students certainly appreciate the guidance given by Professor Xanthaki, which will be useful in their legislation drafting project.

Professor Xanthaki was the first UK Professor in Law and Legislative Drafting and is one of the top experts in legislation, legislative drafting, legislative quality in the UK and the Commonwealth. She served for 18 years at the Institute for Advance Legal Studies (IALS) as the Director of the Sir William Dale Centre for Legislative Studies before moving to the University College London (UCL).

She has published extensively in the UK and the EU and beyond including, the ‘5th edition of Thornton's Legislative Drafting’, the leading manual for drafting practitioners, and ‘Drafting Legislation and Art and Technology of Rules and Regulation’. She recently edited ‘Legislation in Europe: A Handbook for Scholars and Practitioners’, with Professor Ulrich Karpen. Her work has been published in English, Greek, Italian, Hebrew, Thai and Korean.

Her books have been reviewed in the UK, Greece, Italy, Germany, Switzerland, and France. She is currently working on a book for Elgar on ‘Better Legislation for the EU’. Professor Xanthaki is a leading consultant to governments, international and regional organisations both as a trainer and a drafter. She is President of the International Association for Legislation.