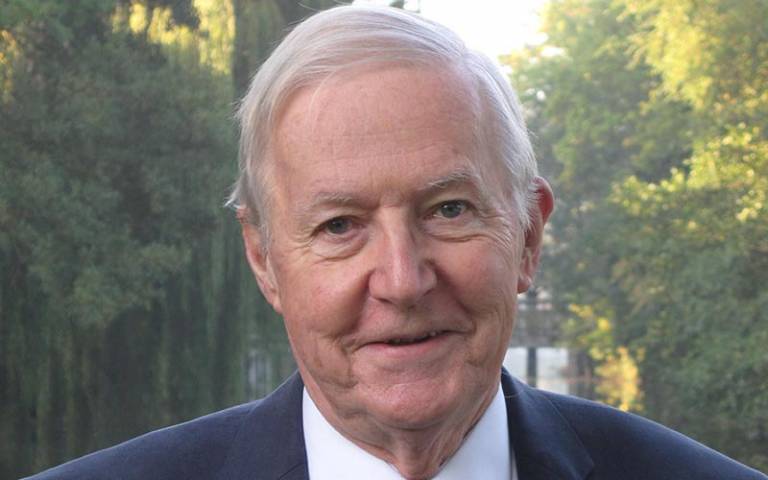 Emeritus Quain Professor of Jurisprudence William Twining will deliver a plenary lecture on the subject of 'Reviving Bentham's Theory of Evidence' at the Denys Holland Lecture Theatre, Bentham House on 12 April 2018 at 6 pm.

Professor Twining needs little introduction, having written and taught extensively on the subjects of jurisprudence, of legal theory, and of evidence, over a long and prestigious career.

In the 1980s, Professor Twining published Theories of Evidence: Bentham and Wigmore (Weiden & Nicolson, London, 1985). Over thirty years later, this work remains a seminal text and a fundamental resource for anyone who wishes to approach the extensive writings of Jeremy Bentham on the subject of judicial evidence and procedure.

Professor Twining will speak on the subject of 'Reviving Bentham's Theory of Evidence', as part of a two-day Anglo-French symposium that is being funded by University College London and by the French Embassy. His lecture will be chaired by Professor Philip Schofield, Professor of the History of Legal and Political Thought, Director of the Bentham Project, and General Editor of The Collected Works of Jeremy Bentham.

For more information on the symposium itself, which will take place from 1:30 pm on 12 April until 4 pm on 13 April, and to register to attend, please click here.

The aim of the symposium is to bring together students and academics from the UK, from France, and from farther afield, in order to discuss Bentham's theories of evidence and proof. The symposium itself will take place in the Moot Court at Bentham House, with each session consisting of papers from scholars from legal, philosophical, and historical backgrounds.

Further details concerning speakers of the symposium, and concerning the themes of each session, will be made available from early February.

Professor Twining's plenary lecture, and the symposium of which it is a part, are both free to attend.