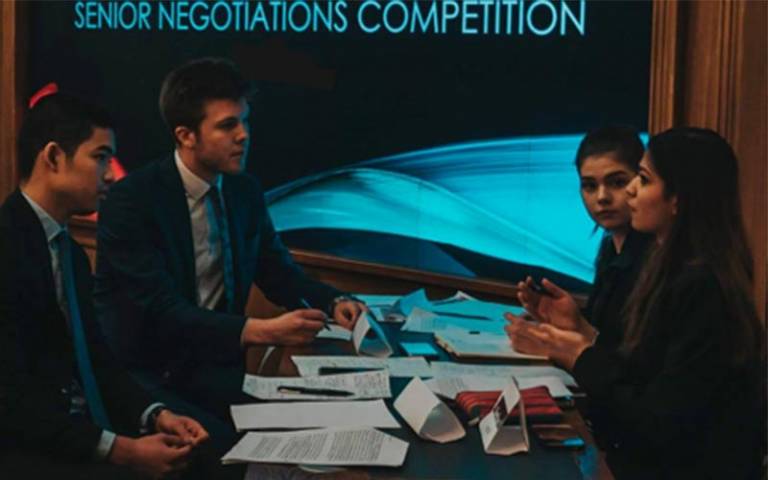 The UCL team had to read documents and prepare negotiation strategies for multiple scenarios ranging from negotiating a coffee shop chain franchise dispute to a commercial property development contract. At the end of the day Joshua and Michael were ranked in the top 5 teams and progressed to the national final.

'The experience really puts you under pressure. You spend a lot of time preparing solutions that you think the other party will agree to, only to find that they have entirely different objectives.

This forces you to think on your feet, keep calm and try to find a compromise which works for both parties but does not feel like you have conceded too many of your client’s own interests. I found the experience challenging yet rewarding as it gave us a real taste of some of the things real solicitors have to deal with in their job.'

'As someone who aspires to be a commercial solicitor, the experience was invaluable as it gave me an insight to what a job as an actual solicitor might be like and at times it really felt like we were negotiating on behalf of real clients on real transactions!

I would say the most enjoyable aspect of the whole experience was being able to build amicable working relationships with the other teams. The scenarios were purposely designed to pit teams against each other however I learned that having a positive and sincere attitude goes a long way in such a competition.'